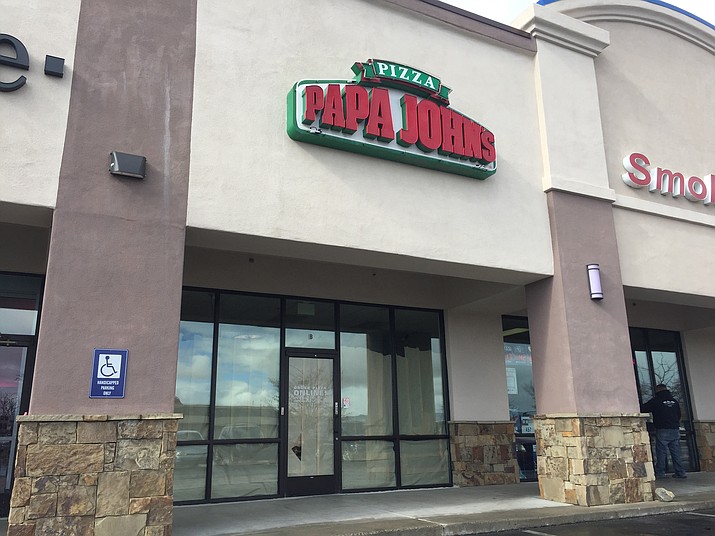 Papa John’s Pizza is returning to Prescott Valley. It will be located at exactly the same retail space it occupied three years ago, when its owner decided to close it temporarily.

Prescott Valley’s sole Papa John’s Pizza will be returning to the same location after being closed for about three years.

Tara Thai currently has a portion of its wall boarded up where a door will soon be leading into a new waiting room and private party dining space.

“We just really found the right cost structure to get open and the right lease to maintain it,” Hope said.

Hope anticipates reopening the store by this coming weekend.

Tara Thai, an upscale Thai restaurant in downtown Prescott, has taken over what used to be Tickled Pink next door and is nearly done with renovating the space.

“We’re expanding so people will have a waiting area for when we’re busy, and at the same time, if somebody wants a private party, we can close it off and they can have a private party,” said Kristina

Cuppers Coffee House will be leaving its location along Cortez Street at the end of January to move into this South Montezuma space where a Radio Shack used to be.

Good, a business consultant and manager at Tara Thai.

Good is hopeful the space will be in use within the next week.

Cuppers Coffee House is prepping for a new location, look and feel.

At the end of January, its lease at 226 S. Cortez St. in Prescott will end and it will reopen soon after at 224 S. Montezuma St., the former location of a Radio Shack store.

The new site is currently under construction, but the old sign for Cuppers Coffee Bistro, which closed in early October, is hanging in the storefront’s window.

“We will be bringing back gelato, we’ll be making our own breads again, we’ll be doing cheesecakes, doughnuts, things like that,” said Alba Benitez, one of the business’ managers.