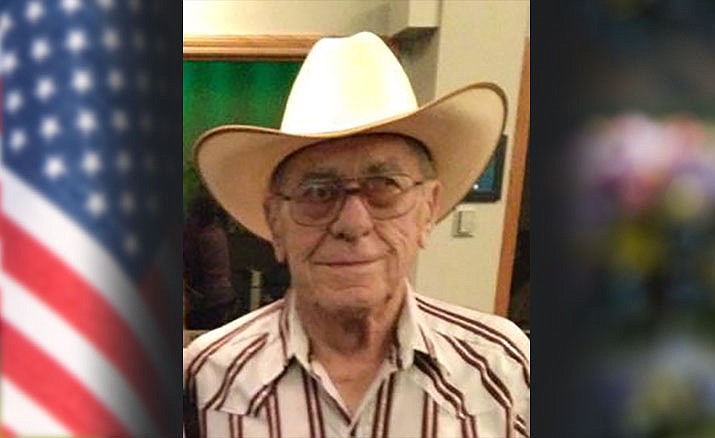 Jim served in the U.S. Army from February 1943 to January 1946, serving in New Guinea and the Philippines. During that service he received two overseas service bars, the American campaign medal, Asiatic Pacific Theater ribbon with three bronze battle stars in connection with the Philippine Liberation, and a World War II Victory Medal.

While home on leave he met and fell in love with his future wife, Sylvia Skorepa. After the war ended he returned home and proposed to Sylvia on her birthday and they were married on his birthday, Sept. 21, 1946. During their 72 years of marriage they became avid “rock hounds” and were honored to have a fossil named after them — Fossundecima konecniorum. They enjoyed camping and sports, being season-ticket holders for Chicago Blackhawks hockey.

Jim and Sylvia moved to Prescott in 1974 after he retired from Illinois Bell Telephone Co. Jim was a fixture at Yavapai College soccer games from the first season until recently, and enjoyed spring training baseball games and cheering on his beloved Chicago Cubs.

He served as president of the Prescott Rock Club and was superintendent of the Gem and Mineral exhibit at the Yavapai County Fair. He was active in the Prescott Audubon Society. During the 1970s he assisted Franklin Barnett with several archeological digs in Williamson Valley.

Jim was a charter member of Prescott Frontier Days, Inc., and was one of the first members to achieve the Juan Leivas award for 25 years of service as a rodeo chairman.