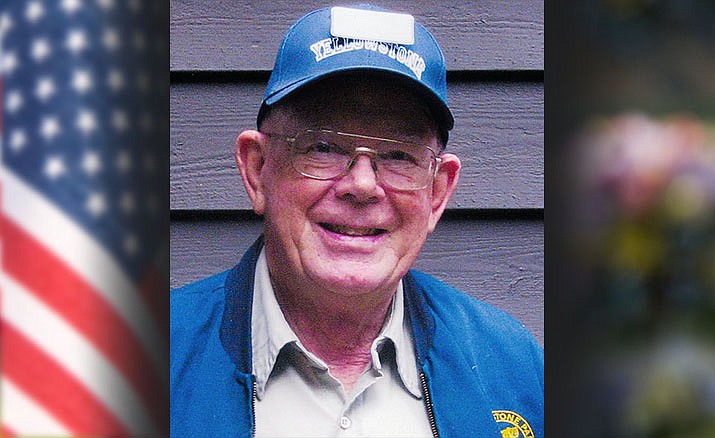 After serving in the U.S. Army during the Korean War, he returned home and entered the U.S. Forest Service. He worked his way up from a seasonal employee to Administrative Officer of the Prescott National Forest. During his 32-year career he served at Mt. Hood NF, Malheur NF, Umpqua NF, Umatilla NF, Colville NF, and Prescott NF. He retired in 1990.

During retirement as a long-term resident of Prescott, Arizona, Don became a board member of the Yavapai Regional Medical Center and served seven years as Trustee and Treasurer. He volunteered on the Centennial Celebration Committee for the U.S. Forest Service in 1991. Don also served for 15 years on the board of directors for Prescott Federal Credit Union.

Don was a born-again Christian. He was raised in the Methodist Church, and was saved and baptized while attending First Baptist Church of Prescott. He and his daughter Karin were both baptized and joined this church in 1980. He served in the church helping with the Community Thanksgiving Box Give Away, and also served as treasurer for four years. He met his wife Marilyn at church. After getting married, they moved their membership to First Southern Baptist Church and became volunteers with the North American Mission Board through the Campers On Mission program. They worked in North Dakota as church encouragers. They volunteered 10 summers at Glorieta Southern Baptist Conference Center. They also worked with an evangelistic outreach project in Quartzite, Arizona, and in Las Vegas, Nevada, with the NASCAR events. Their last assignment was Yellowstone National Park.

Besides his love for his Lord and church, Don was devoted to his family. He and Marilyn both brought grown children into their marriage and with love and patience Don led the family as they grew in love and respect for each other. Don was a loving grandfather, attending all the special events for each grandchild and becoming involved in their lives.