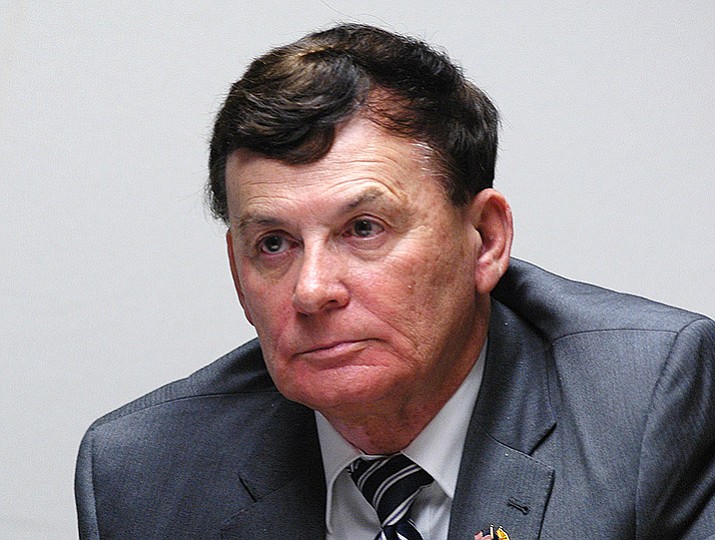 David Stringer has made headlines again for making racist remarks.

When you are elected to public office, as he has been to the state House of Representatives twice, it becomes your duty to represent your constituents – not only the 67,000 who voted for you, but all people within your district.

It is a job of service above self. It also is a job for which you must watch what you say; it is not about you or your personal views.

Repeatedly Stringer has demonstrated he cannot keep his personal thoughts private. This past weekend, upon learning of comments he made to students at Arizona State University, House leadership stripped him of committee chairmanships – one on a new panel to examine sentencing and recidivism, the others his vice chairmanship of judiciary as well as his seat on the education committee. He remains only on the House Government Committee.

What has he said?

Stringer, after a Nov. 19 ASU lecture, as recorded by students, said non-native English speaking students are a burden on taxpayers. Among other remarks, he said: “African-Americans and other racial groups don’t … blend in” after coming to the United States and that, unlike immigrants of European descent, they “always look different.”

In June 2018, Stringer was captured on video telling voters, “60 percent of public school children in the state of Arizona today are minorities. That complicates racial integration because there aren’t enough white kids to go around.”

Also, he said immigration is “politically destabilizing” and is “an existential threat to the United States.”

These comments are in addition to missteps at other speaking engagements, such as, in March 2017, at the monthly Arizona Business and Education Coalition luncheon at the Capitol, Stringer insulted all teachers: saying that teaching doesn’t require a specific skill set, and that teachers aren’t paid badly considering that they have easy part-time jobs with two months off in the summer.

These are reasons The Daily Courier Editorial Board chose not to endorse Stringer, when the Courier endorsed seven other Republicans. The Daily Courier also has repeatedly asked him to comment, to explain his views and actions but he refuses.

The Republican and Democratic parties, in addition to local leaders and the Prescott City Council, have called for him to resign. The latest came from Senate-President-elect Karen Fann, R-Prescott, who stated:

“Mr. Stringer has given doubt among his legislative peers regarding his judgment and ability to represent his district. Therefore, I join Gov. Doug Ducey, the Republican Party Chairman and my colleagues at the state and local level in calling for Rep. Stringer’s immediate resignation. This will ensure a proper transition prior to the start of the Legislative Session in January. The people of District 1 and Arizona deserve better.”

David Stringer has lost credibility. Call this a vote of no confidence. His words are demeaning.