K9 finds one pound of meth in vehicle driving through Mayer
Street value about $9,000 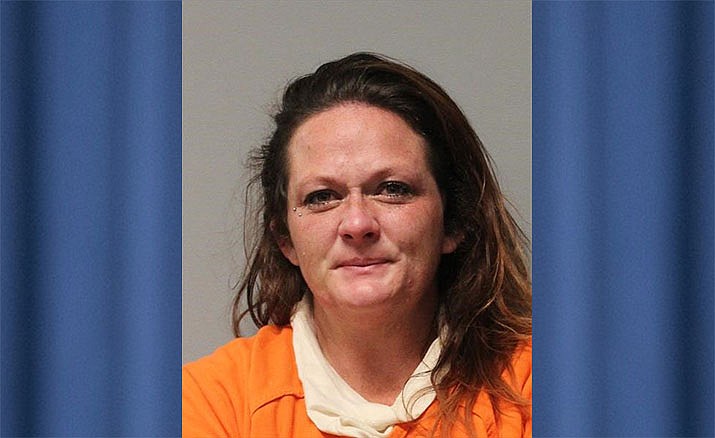 Amanda Mc Murren, 38, from Phoenix was arrested in Mayer Wednesday, Nov. 28, on a number of drug-related charges. 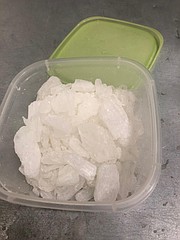 A pound of meth was found under the front passenger seat of a vehicle belonging to Amanda Mc Murren, 38, from Phoenix Wednesday night, Nov. 28.

A woman suspected of selling methamphetamine in the quad-city area was arrested along Highway 69 Wednesday night, Nov. 28, after a K9 alerted deputies to drugs in her vehicle.

Amanda McMurren, 38, from Phoenix was driving through the Mayer area at around 8:15 p.m. when she was pulled over, according to a Yavapai County Sheriff’s Office (YCSO) news release.

Detectives from Partners Against Narcotics Trafficking task force (PANT) already had a file on McMurren. She was known to drive a white Dodge Journey and deliver quantities of methamphetamine to the Prescott/Prescott Valley communities.

YCSO K9 deputies spotted her vehicle and eventually stopped it for a registration violation, according to the news release. She was the driver and only occupant.

“At one point, the deputy noted the vehicle positioned itself prior to the stop as if ready to flee,” said YCSO spokesperson Dwight D’Evelyn.

Deputies asked McMurren for consent to search the vehicle and she declined, D’Evelyn said. A certified YCSO K9 was deployed and alerted to a drug odor coming from the vehicle.

“When McMurren was told the vehicle would be searched, she demanded legal counsel and remained uncooperative throughout the interaction,” D’Evelyn said.

During a check of the vehicle to find the source of the odor, deputies found a glass methamphetamine "bong," according to the news release. The vehicle also contained a couple of dogs that had to be managed. A further roadside search was deemed unsafe due to traffic conditions, so deputies chose to transport McMurren’s vehicle to the YCSO evidence facility in Prescott Valley.

PANT detectives arrived to assist. As the search continued, they found a plastic bag containing half a gram of meth and almost three grams of heroin under the driver’s seat, D’Evelyn said. They then uncovered a pound of meth hidden in a compartment under the front passenger seat. This meth has an estimated street value of $9,000.