Government to shutter its doors Dec. 5 to honor George H.W. Bush
US Postal Service, most federal entities will close to observe ‘National Day of Mourning’ 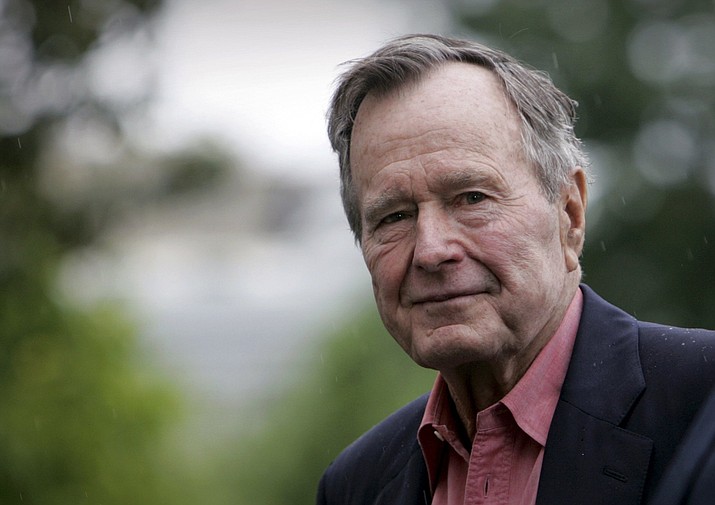 Former President George H.W. Bush on the South Lawn of White House in Washington on May 11, 2008. (AP Photo/Lawrence Jackson, File)

Post offices and most other federal services will be closed Wednesday, Dec. 5, 2018, in observance of the National Day of Mourning for former President George H.W. Bush. (Courier photo)

The U.S. Postal Service (USPS) and most other federal entities will be closed Wednesday, Dec. 5, in observance of the National Day of Mourning for George H.W. Bush, who died Friday, Nov. 30, at age 94.

This is in accordance with an executive order issued by President Donald Trump Dec. 1, announcing that all federal agencies and offices not considered necessary for national security, defense or other public need would close this day to honor Bush’s memory.

Included in the temporary closure are the Prescott National Forest, the New York Stock Exchange and the Nasdaq.

In its closure announcement, USPS said regular mail deliveries, retail services and administrative office activity will freeze for the day.

It will, however, “provide limited package delivery services… to ensure that our network remains fluid and we do not experience any impacts to our package delivery operations that might negatively affect our customers or business partners during the remainder of our busy holiday season,” as stated in the announcement.

President Donald Trump salutes as he and first lady Melania Trump pay their respects at the flag-draped casket of former President George H.W. Bush in the Rotunda of the Capitol in Washington, Monday, Dec. 3, 2018. (Shawn Thew/Pool via AP)

Such closures are the general custom when a former president dies, as sitting presidents have issued executive orders closing federal agencies to honor all seven presidents that died within the last 50 years.

One of the few government entities remaining open is the U.S. Department of Veteran Affairs

“We’re like the only ones that will still operate normal hours and provide normal services,” said Northern Arizona Veteran Affairs Health Care System spokesperson Mary Dillinger. “Our secretary of the VA is the one who said the VA will operate. Yes, the president did make this executive order, but we still need to function.”

Trump also directed that American flags be flown at half-staff for 30 days. This follows guidelines outlined by President Dwight D. Eisenhower in a 1954 proclamation.

Here are all of the guidelines about how long to leave flags at half-staff, set out in Eisenhower’s proclamation.

AP Year in Review Video: The top stories of 2018
Crowds honor Bush, from war service to help for disabled
Movies Under the Stars continues with ‘The Greatest Showman’
Dramatic rescues continue in flooded Texas town
Texans come together in flooding rescue efforts