BLM approves Kirkland Mining Company’s request for pozzolan mine
‘If you were going to have a mine in your backyard, this is the one you want.’ — Rem Hawes, BLM 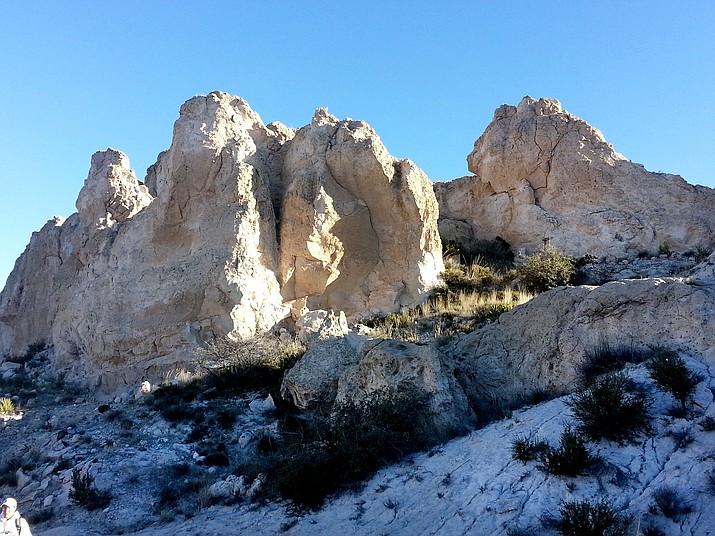 Shown is the pozzolan mine property. (Kirkland Mining Company/Courtesy)

Eighteen months ago, Kirkland Mining Company (KMC) filed its request with the Bureau of Land Management (BLM) to begin mining operations on a 160-acre mining claim in Skull Valley that has been mined off and on since the 1800s. About 88 acres would make up the current site.

Eight studies, reports, reviews and analyses later, together with a scoping period that was twice extended and generated a total 1,442 pages of emails and letters received (some were duplicates), and three public meetings, BLM officials have approved the company’s request.

In his rationale, Hawes mentions the federal agency’s extensive public outreach and the incorporation of additional measures into the final plan that avoid or minimize potential impacts to biological or cultural resources.

“The company went out of its way to change their plan to avoid the natural and cultural resources that concerned us. If you were going to have a mine in your backyard, this is the one you want,” Hawes said.

The mine is located on federal land, and not subject to the jurisdiction of Yavapai County or the City of Prescott, although the city council sent a letter to BLM in July 2017 opposing the company’s plan and reaffirmed its position Aug. 28, 2018.

In its decision, BLM found that the proposed mining action holds no threat to federal, state or local law, nor the environment, the yellow-billed cuckoo, riparian habitats, vegetation, cultural resource sites or historic properties.

“It has not come easy,” said MKC president Areta Zouvas. “We brought in experts; we don’t fool around in that aspect. We have always stood on the same principle to do things right. We persevered through every hurdle and completed everything we were told to do.”

Some residents of Skull Valley and Prescott opposed the pozzolan mining operations based on dust, water use, noise and increased traffic along Iron Springs Road.

Denise Bennett, Skull Valley resident, has opposed the mining company’s plan all along. She said she wasn’t surprised with BLM’s decision as Arizona always has had a strong mining industry. She will be looking into appealing the decision.

“My husband and I both hope to do everything we can to protect the valley and remain safe and healthy. Once we have exhausted all avenues, we’ll accept the decision. I’m going to keep fighting,” Bennet said.

Joe Trudeau, advocate for the Center for Biological Diversity, called the decision appalling, stating again his concerns about dust, traffic, water and noise.

On Monday, she wrote in an email, “The KMC family is so pleased with our accomplishment. It just goes to show hard work and perseverance does pay off.

“We look forward to a continued working relationship with each of the agencies to build a wonderful sustainable project with opportunity for job growth and being a part of community development.”