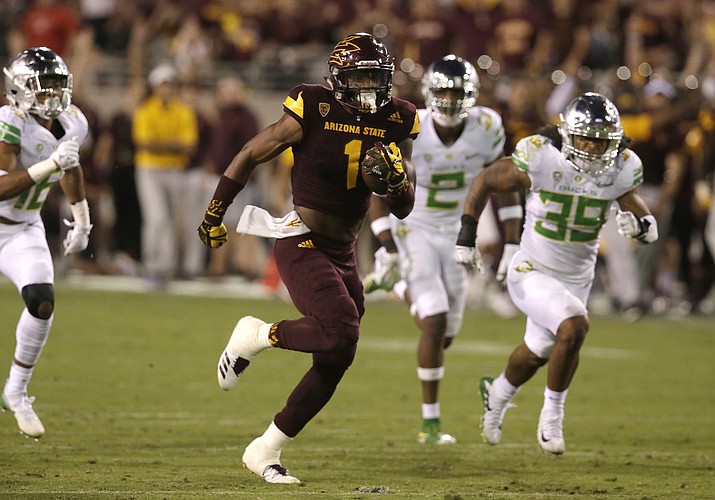 Sun Devils coach Herm Edwards issued a statement Monday saying the decision was made after Harry met with the coaching and administrative staffs.

Harry announced last month he is skipping his senior season to enter the draft, where he's expected to be a first-round draft pick.

Harry is third in Arizona State history with 213 career receptions and 2,889 yards. He averages 5.76 receptions per game, third among the NCAA active career leaders.

Despite facing double teams most of the time, Harry leads the Sun Devils with 73 receptions, 1,088 yards receiving and nine touchdowns.