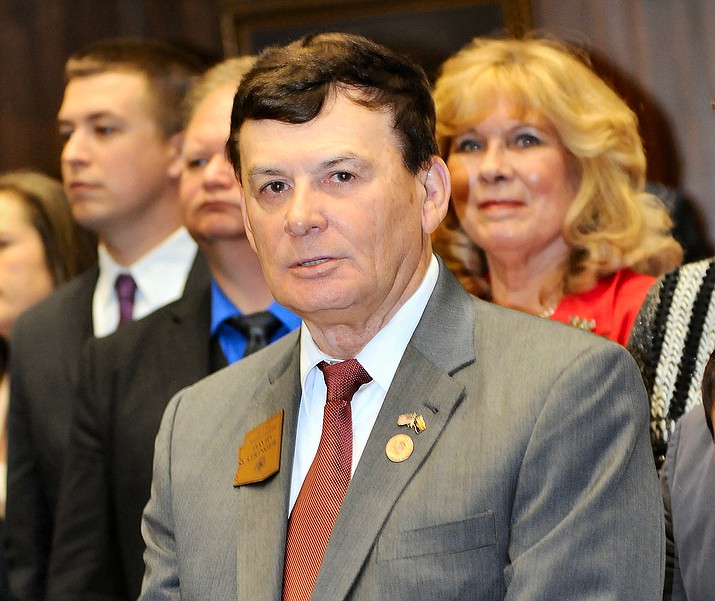 Prescott’s mayor and mayor pro tem (vice mayor) both say Rep. David Stringer should resign from the Arizona State Legislature over recent racial comments, and the entire Prescott City Council is expected to weigh in on Tuesday, Dec. 4.

The matter will be the topic of a special Tuesday council meeting, for which city officials say they intend to post the agenda Monday morning.

In the wake of Stringer’s recent recorded comments to Arizona State University students saying African-Americans “don’t blend in,” and his subsequent loss of a House of Representatives chairmanship over the comments, Prescott Mayor Greg Mengarelli said Saturday, Dec. 1, that Stringer is no longer an effective representative for the residents of Prescott.

“Number one, I don’t think Mr. Stringer can effectively represent us, given his racial remarks and opinions,” Mengarelli said.

Noting that Stringer’s comments “do not represent my values nor those of my family,” Mengarelli said that he views the comments by Stringer to be racist. “I am concerned about these kind of comments coming from an elected official from Prescott,” he added.

Mayor Pro Tem Billie Orr called Stringer’s comments “horrific,” and said she plans to push for a call by the City Council for Stringer’s resignation from the Arizona State Legislature.

“I personally would hope he would resign,” Orr said late Saturday, adding that she hopes the Yavapai County and Arizona Republican party will also seek Stringer’s resignation.

Capitol Media and The Associated Press report that Stringer’s comments prompted Republican House Speaker Rusty Bowers to tell Stringer Friday to resign from his role as chairman of the House Sentencing and Recidivism Reform.

In recorded comments that were published by the Phoenix New Times on Friday, Stringer can be heard comparing America’s early immigrants from Europe with later immigrants from African countries such as Somalia.

“They were all European,” Stringer said of the early immigrants. “So after their second or third generation, everybody looks the same; everybody talks the same. That’s not the case with African-Americans and other racial groups because they don’t melt in. They don’t blend in. They always look different.”

Stringer also can be heard referring to “white flight” from communities such as Detroit and Baltimore, and the “burden” that he said non-native English speakers place on the U.S.

Orr says Stringer’s comments were racist, and she said such views are not appropriate for Prescott, which is known as “Everybody’s hometown.”

Reached late Saturday afternoon, Stringer said he has no comment about the matter. “My statement is I have no statement,” he said, adding that he is uncertain when or if he will release a statement. He added that he does not want to speculate on the City Council’s possible action on Tuesday.

City Attorney Jon Paladini said it was his opinion that a council position on the issue needed to be compiled in a public session in order to follow the “spirit and the letter” of the Arizona Open Meeting Law.

Paladini expects Tuesday’s meeting to begin as a public session, with the possibility that the council could go into executive session, and then return to the public session for a vote on its position.

While he said he expects the proposed statement to include a condemnation of Stringer’s comments, Paladini said it will be up to the council members to decide whether to call for Stringer’s resignation from the State Legislature.

If Stringer were to resign, Paladini said state law requires precinct committeemen to choose three qualified electors to fill the vacancy. Then, the final choice would be up to the Yavapai County Board of Supervisors.

Click HERE to read the first story about Stringer's comments.