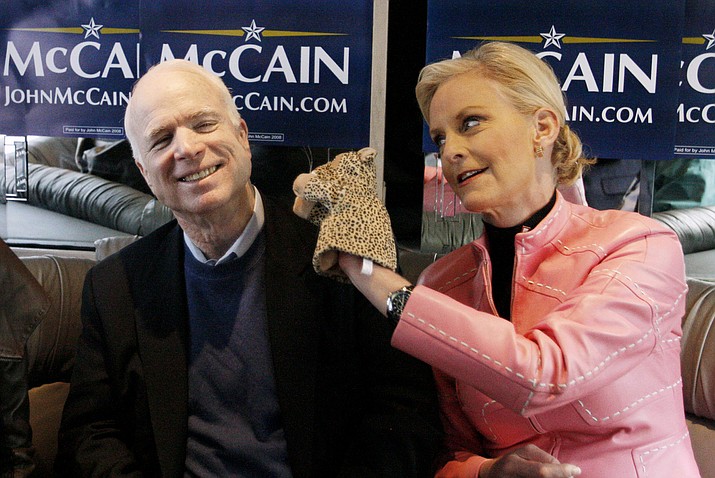 • ELECTIONS — The Primary Election was a whirlwind experience this year and it delivered a few surprises.

Did you notice that two incumbents were ousted in Tuesday’s voting? Superintendent of Public Instruction Diane Douglas finished third of five in the Republican Primary, and Secretary of State Michele Reagan was second of two in her bid for re-election.

Both were, let’s say, “embattled” — Douglas with her board and employee issues over the years, in addition to some policies; and Reagan most memorable from the voter pamphlet challenge years ago, when tens of thousands of the booklets were not delivered to voters (at least, not in time).

These results are partly why we posted a new poll question on dCourier.com’s home page (www.dcourier.com/polls): In the wake of the Primary Election, were you comforted or surprised at the results?

Visit it and give your opinion; you get to choose one or two answers.

So far, most people have stated “it is business as usual in politics — money wins” and “I was very happy with the results; I cannot wait for Nov. 6 to come!”

That tells me two things: People are disillusioned with the system and they wanted change.

This election season is far from over. Continue to educate yourself, check our coverage, vote on time (only once, thank you), and visit our poll and weigh in!

• LINES & LIGHTS — In a Catchall in June I wrote about driving Highway 69 — hitting all green lights — and lines at the DMV. A reader wanted to set things straight:

“Regarding the signal timing, right on — quite hard to do, yet every time you call ADOT, they keep telling everyone that the signals are timed; yup, timed to stop you … try to make a left turn out of Home Depot in Prescott Valley and head east. Bam! You get stopped by a red light at StoneRidge every single time. That’s timing alright!

“How about they install flashing yellow left turn signals in this whole area? That would sure move traffic — many, many areas have them, just came back from Washington and Oregon and every left turn signal has that feature. But not in Arizona as long as ADOT is in charge!

“Regarding ADOT, the ‘DMV’ in Arizona is MVD — the Motor Vehicle Division of the Arizona Department of Transportation. DMV is in other states and any reference to that is by those who came from somewhere else. … Your mention of DMV just perpetuates that misnomer in this state.”

Great comments and points, thank you for writing. The DMV versus MVD item is most funny to me; I checked online and Googling both takes you to the same place: the ADOT Motor Vehicle Services.

So wouldn’t it be MVS?

• QUOTE — “Courage is not the absence of fear, but the capacity to act despite our fears.” — Sen. John McCain. God bless you, sir — you will be greatly missed.

• HIS SEAT — A lot of people have been asking me: Should Gov. Doug Ducey’s appointment to fill McCain’s Senate seat be a “maverick” like McCain was, or someone who is like President Donald Trump?

First, I think that is a loaded question; however, I voted for McCain the last time he ran — I think his replacement should be someone who will vote in the Senate like he would have.

That, to me, is the tough part. Few people, if anyone, can fill John McCain’s shoes!