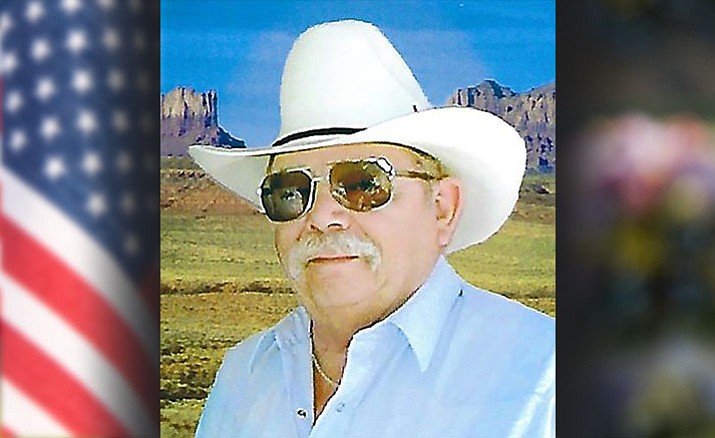 Robert Wallace Lockett Jr. (Bob) passed away after a brief illness and joined the Lord Jesus Christ on Aug. 16, 2018. Bob was born on Feb. 8, 1939, in Phoenix, Arizona, to Robert W. Lockett Sr., and Lois Lakin Lockett of Phoenix. He was extremely proud of being a second-generation Arizona native.

Bob is survived by his wife, Karen Anderson Lockett; children, Meredith Lockett (husband, Curt Lamm) of Tucson, Lori Lockett of Tucson, and Kelly Loving (husband, Bryan) of Prescott. He had six grandchildren and five great-grandchildren. He was preceded in death by his parents and his brother, Joseph L. Lockett Sr., of Camp Verde.

Bob had many careers in life, growing up on working ranches in Phoenix and Northern Arizona. After serving his country in the U.S. Navy as a Seabee, he returned to Arizona and worked as a long-haul truck driver, a small business owner in Phoenix and then in Prescott, owning the Graphic Center for 28 years.

Bob was very involved in the Downtown Prescott Association for many years. Additionally, Bob was instrumental in bringing Bluegrass music to Prescott, as well as playing in three bluegrass bands during his lifetime. He was always a very active member in his home churches. A celebration of his life will be held at Willow Hills Baptist Church located at 1071 Mogollon Rd., Prescott, on Sept. 8 at 11 a.m. Family and friends are invited to celebrate his life. He will be interred at the Prescott National Cemetery at a later date.

The family would like to thank Pleasant Valley Care Home in Prescott for their attention and special care they gave Bob during his brief stay.