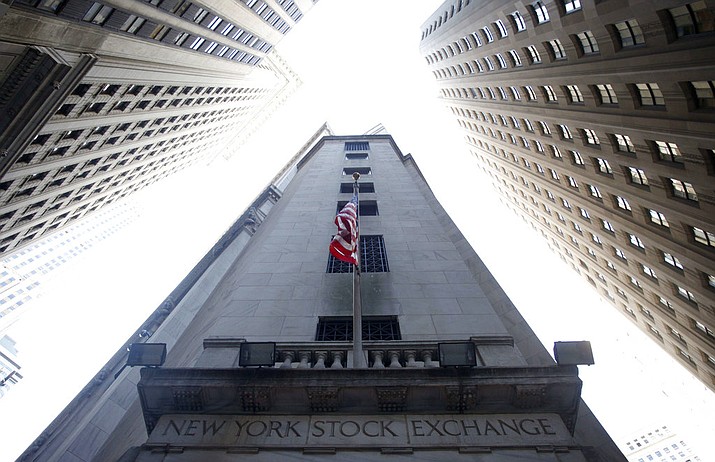 Wall Street ended a week of milestones with a few more Friday.

The benchmark S&P 500 index closed at an all-time high, just two days after the current bull market in U.S. stocks became the longest in history. The Nasdaq composite and the Russell 2000 indexes also ended the day at all-time highs.

Technology companies, the best-performing sector in the market this year, accounted for much of the gains. The price of oil snapped a seven-week losing streak, finishing this week about 5 percent higher.

The rally capped another solid week for the stock market, which has been riding a wave of strong corporate earnings even amid uncertainty over simmering global trade tensions.

"It appears that the market is really focusing on fundamentals," said Rob Eschweiler, global investment specialist at J.P. Morgan Private Bank. "We're at the very tail end of earnings season and there's no other way to characterize the earnings season other than 'spectacular.'"

Since entering a correction in early February, which is defined as a loss of 10 percent or more from a peak, the S&P 500 has mostly crawled higher, with some bumps along the way, thanks to a still-recovering economy and a boom in corporate profits.

More recently, stocks have been buffeted by concerns about mounting trade tensions this spring and summer, particularly with China. But investors have increasingly focused on strong corporate earnings growth.

Earnings at S&P 500 companies have surged 23 percent in the first half of this year versus the same period a year earlier, according to S&P Global Market Intelligence.

The string of all-time highs for the indexes underscore the resilience of the U.S. stock market's bull run, which began in 2009 and became the longest on record Wednesday.

Speaking at an annual conference of central bankers in Jackson Hole, Wyoming, Powell struck a measured tone about the economy and said the Fed plans to stick with a gradual pace of rate hikes.

Powell said the central bank recognizes the need to strike a careful balance between its mandates of maximizing employment and keeping price increases stable. And he noted that a gradual approach to rate hikes is the best way to navigate between the risks of raising rates too fast and "needlessly shortening the expansion" and moving too slowly and risking an overheated economy.

Powell added that while annual inflation has risen to near the Fed's 2 percent target rate, it doesn't seem likely to accelerate above that point. That suggests that Powell doesn't foresee a need for the Fed to step up its rate hikes. Next month, the Fed is widely expected to resume raising rates.

"The equity markets wanted to hear that slow-and-steady is the path, and I didn't hear anything to the contrary," Eschweiler said.

Some retailers fell after reporting disappointing earnings or outlooks.

Gap slumped 8.6 percent to $29.65 after the clothing chain said sales at Gap stores fell in the second quarter compared to a year earlier. Hibbett Sports sank 30.2 percent to $20.53 after the retailer cut its fiscal year profit and sales forecasts following a weak second quarter.

Benchmark U.S. crude gained 1.3 percent to settle at $68.72 per barrel in New York. It snapped a seven-week losing streak, finishing this week about 5 percent higher. Brent crude, used to price international oils, rose 1.5 percent to close at $75.82 per barrel.

Bond prices rose. The yield on the 10-year Treasury fell to 2.81 percent from 2.82 percent late Thursday.