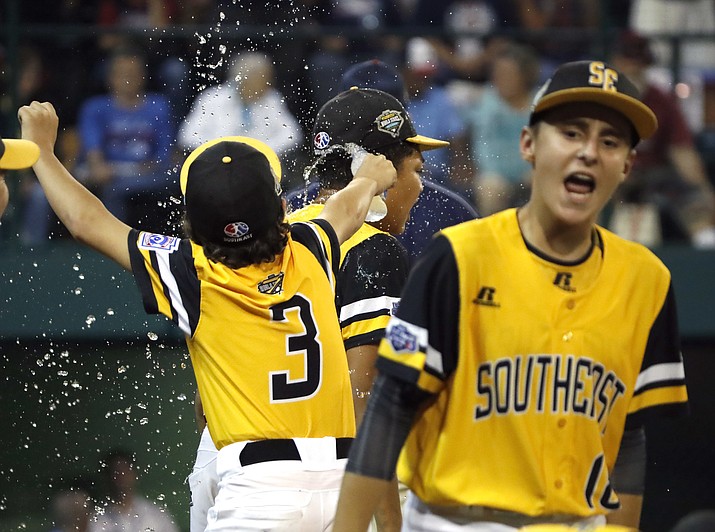 SOUTH WILLIAMSPORT, Pa. — Those who had hoped to see a rematch of last week’s 11-inning thriller between Hawaii and Georgia at the Little League World Series got their wish.

The two teams will meet again Saturday, this time with a championship berth on the line. The winner of the game for the U.S. title will face the victor of Japan and South Korea on Sunday.

As Hurricane Lane nears landfall back home, Hawaii is making the most of its dream 4,000 miles away in South Williamsport. The team, which hails from Honolulu, is undefeated through three games and has outscored its opponents 20-3. Coming off of an impressive 10-0 victory over New York’s Staten Island, Hawaii has all of its pitching available and is the only team on the American side of the bracket with more than one home run.

While Georgia’s 2-0 loss to Hawaii last week has made its run to the U.S. championship game more difficult, the team from Peachtree City has reeled off three consecutive victories and is 4-1 overall. Shortstop and pitcher Tai Peete is having a tournament to remember both at the plate and on the mound. Peete is batting .412 through five games and threw four shutout innings against New York on Thursday.

Georgia won’t be thrilled to learn that Aukai Kea (Hawaii) is available to pitch again Saturday after throwing just 50 pitches in Hawaii’s victory over New York on Wednesday. Kea tossed 6? shutout innings against Georgia in the first matchup between the two teams, and ended the game in the 11th inning with a walk-off home run. The 13-year-old has yet to give up a run on the mound and is hitting .500 through his squad’s first three games.