Distracted driving contributed to Highway 89A rollover
Driver allegedly under influence, in possession of drugs 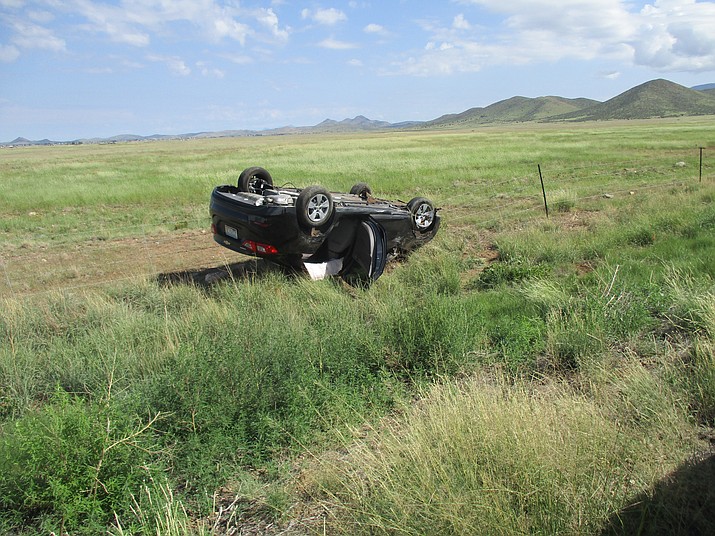 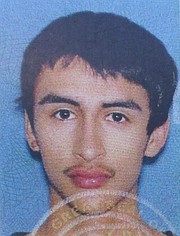 Gary Amaro, 19, was allegedly under the influence and in possession of illicit drugs when he rolled a vehicle he was driving on Highway 89A Wednesday morning, Aug. 22.

The driver of a vehicle that rolled on Highway 89A near Yavapai Downs Wednesday morning, Aug. 22, was allegedly under the influence and in possession of illicit drugs, according to the Prescott Valley Police Department (PVPD).

At about 9:30 a.m., PVPD and the Central Arizona Fire and Medical Authority responded to the scene of the accident at milepost 326.5.

When officers arrived, they found a black 2018 Chevy four-door sedan resting on its roof on the north side of the highway. Its driver and sole occupant was found to be Gary Amaro, 19, from Clarkdale, PVPD reported.

Amaro told officers he had been driving westbound on Highway 89A from Clarkdale when he tried adjusting the vehicle’s radio. Due to inattention, he missed a curve on the road and drove into a ditch, causing the vehicle to roll several times. Officers found that the airbags in the vehicle had deployed and Amaro was not wearing a seatbelt. Amaro suffered only minor injuries and refused medical treatment, PVPD reported.

During the course of the traffic accident investigation, police determined that Amaro was under the influence and in possession of illicit drugs when the accident occurred.

Amaro was arrested and booked into the Yavapai County jail on charges of driving under the influence (a misdemeanor) and possession of dangerous drugs (a felony).

Multi-vehicle collision at 89A and Viewpoint
Impaired driver collides with DPS trooper on 69; highway closed 5 hours
Collision on 89A sends 4 to hospitals in Phoenix, Flagstaff
Head-on collision on Highway 69 sends 3 to hospital
89A collision sends nine to hospitals
Event Calendar