Ask the Contractor: Protecting your electronics during monsoon season 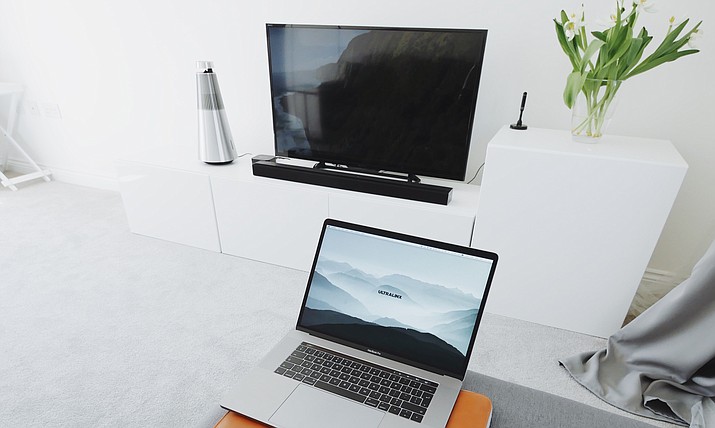 With our monsoon season upon us and the dissipation of lightning, surge protection has become a much more complex and important issue because the value of electronic equipment in a typical home has increased enormously.

Equipment is also more vulnerable to surges produced by lightning, because of the networking with other equipment throughout the inside and outside of our homes. More and more homeowners are becoming aware of the need to protect their homes from lightning strikes and how do we do that? A single bolt of lightning can exceed 300,000 amperes, over one gigavolt (one billion volts) with temperatures as high as 36,000 degree Fahrenheit or about three times as hot as the surface of the sun and can be deadly and damage a home in a matter of seconds.

Lightning can rip through roofs, can cause structural damage, ignite fires and cause chaos with electronic equipment. Yearly, the number of homes struck by lightning increases and residential lightning losses exceed billions of dollars annually and represent 5-8 percent of all residential insurance claims.

There are four ways in which a lightning can cause damage. The most common damage mode comes from a lightning strike to the network power; phone and cable TV or commonly known as CATV wiring. This network, a main collector of lightning surges transfers directly into the home and then to all of your connected equipment.

The next most common mode of lightning damage is when strikes travel through the ground connecting to your underground cables and pipes and connecting to external wiring such as air conditioners, exterior lights, gate control systems, electronic dog fences, security systems all of which when struck by lightning will carry into the home.

The third most common lightning strike damage is when lightning strikes nearby objects such as trees, flagpoles, and signs that are close to, but not directly connected to the house. When this type of strike occurs, the lightning radiates a strong electromagnetic field which can be picked up by wiring in the house that can damage equipment.

The last mode of damage is a direct lightning strike to the house. Our National Electric Code requires certain grounding, bonding and protection features which are intended to protect against lightning. These safeguards greatly reduce personal injury; however they are somewhat inadequate to prevent damage to electrical and electronic equipment.

A UFER ground or a ground rod has been a requirement to be installed in all homes since back to the late 70s. The UFER ground is installed prior to the concrete pour of the footers. The ground wire is run to the rebar that is encased in the concrete footers.

UFER refers to the fact that the grounding system is encased in concrete which keeps the grounding resistance steady over many years as opposed to the old traditional ground rod installed in the earth which is very susceptible to electrolysis.

The term UFER is not actually listed in the code books, but it is a term that is widely used nationally and is named after the engineer at UL Lab (Herbert Ufer) who developed the concrete encased grounding system.

A lightning rod is not commonly used as it is more expensive and only protects against direct hits. Lightning rod protections systems must be designed by an electrical engineer to U.L. standards. It is quite costly to engineer and install a proper U.L. ground rod array system.

In order to allow for enhanced protection against lightning, there are options such as installing Lightning Protection Systems, surge protectors on the AC power wiring, additional surge protections on signal wiring and point of use protection at the equipment being used.

The Lightning Protection System is only useful in the extremely rare direct strike scenario. The AC and signal surge protection systems collect the major part of the lightening surge and then directs this surge harmlessly into the building ground. These protection systems greatly reduce the burden on the point-of-use protectors at the equipment. It is important to keep in mind that the effectiveness of this protection system depends on the integrity of the building wiring.

A good surge protection system installation should include testing of all receptacles to be used. Most new homes are built with power, phone and CATV entry points close to one another and this is very desirable and makes it easy to mount the AC protectors and signal protectors close to the main building.

Whole house Protection, sometimes called Complete Home Surge systems are becoming more popular. A lightning protection system properly installed can protect and prevent potential lightening damage up to 99 percent. If you have any doubt or concerns that your home is properly protected and/or to verify if there is any sort of lightning protection device installed in your home an electrician can assist you with the effectiveness of your current system. With monsoon seasons, it is important to make sure your home is in a bubble of protection.

Jim said “they now make regular looking outlets that have built in surge protection. The way a quality surge protector works is by allowing current to run through at normal levels and when a lightning surge strikes the protection device diverts all of the current to the ground as quickly as a nanosecond.

Remember to tune in to YCCA’s Hammer Time every Saturday and Sunday morning at 7 on KQNA 1130 AM, 99.9 FM, 95.5 FM or visit kqna.com. Listen to Sandy to Mike talk about the construction industry; meet your local community partners and so much more. What a great way to start your weekend.