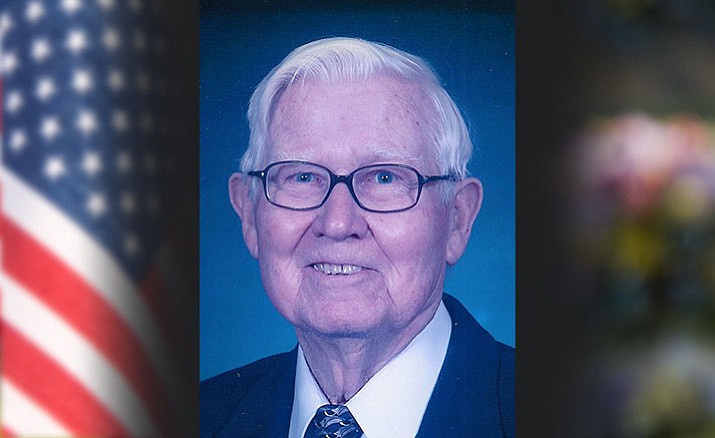 James Dwight “Pete” Newnum, 96, passed away peacefully at home in Prescott Valley, Arizona, on Tuesday, Aug. 7, 2018. Pete was born in 1922 at his parents’ farm near Binger, Oklahoma.

He was the youngest of nine children. He grew up on the farm, went to school, and during WWII, he enlisted in the U.S. Navy Seabees, serving two tours of duty in the South Pacific on Guadalcanal and Okinawa.

After the war, he farmed and terraced fields for the U.S. government and went to California for a time. His brother-in-law asked him to work at his print shop in Arizona. While in Phoenix, he met

Della, his wife of 67 years. After learning the trade, he set type by hand at the Arizona Republic and Phoenix Gazette for 31 years, retiring in 1987.