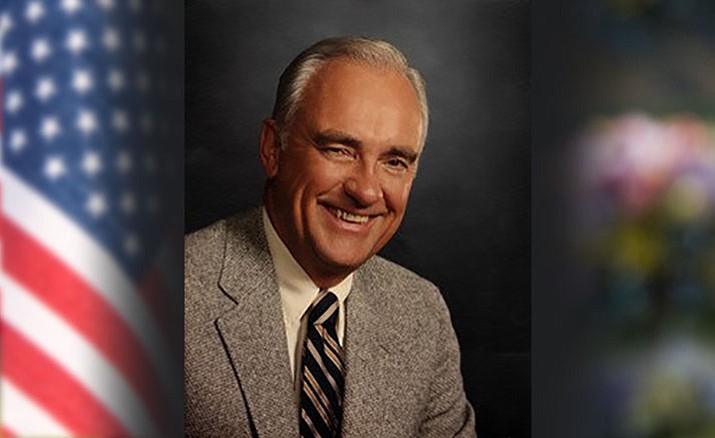 It is with great sadness that the family of Gordon Ray Lichtwardt announces his death on Aug. 8, 2018 in Prescott, Arizona, at the age of 93 years.

Gordon was born in Detroit, Michigan, on July 28, 1925. He joined the Army in 1943, served as an infantryman in the Vosges Mountains of France during World War II, where he was wounded in action in November 1944, receiving two Bronze Stars, a Purple Heart, and a Combat Infantry Badge.

Attended Albion College in Albion, Michigan, earning a Bachelor’s Degree. Gordon was a life-time member of the Delta Tau Delta fraternity. Gordon married Jane Wetmore of Ferndale, Michigan, in 1948 and had five children during their 70 years together. He lived in Michigan, Texas, North Carolina, Ohio and California before moving to Prescott in 1988. He was very active in the Service Corps of Retired Executives (SCORE) serving as a client business counselor, Chairman of the Prescott Chapter three times, and AZ State Director for six years.

Memorial and interment will be at Arlington National Cemetery for family members only.