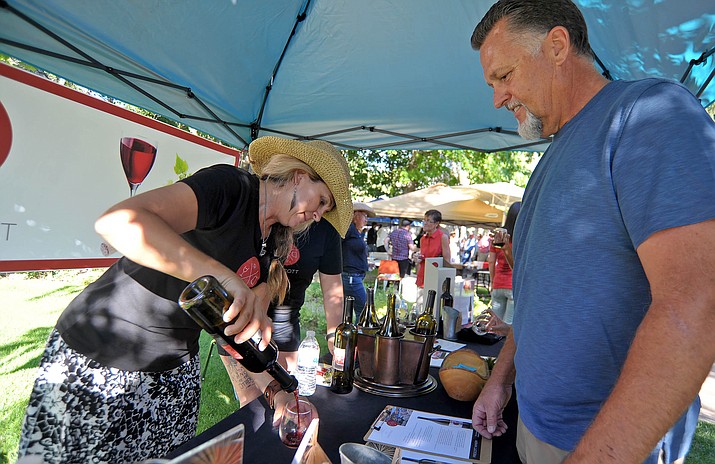 In the middle of all the festivities surrounding its 90th year, Sharlot Hall Museum is celebrating with the sixth annual Sharlot’s WineFest.

Showcasing the museum along with highlighting local restaurateurs and presenting an assortment of refreshments and tastings, the event is from 4 to 7 p.m. Saturday, Aug. 18, at Sharlot Hall Museum, 415 W. Gurley St.

According to a news release, this is the third year of El Gato Azul owner Barry Barbe acting as the Curator of Cuisine. Barbe has assembled a host of other purveyors offering a range food and drink that includes nine food stations and 10 varieties of drink.

Alongside Prescott Brewing Company’s microbrew, Superstition Meadery will pour mead and Desert Diamond Distillery and Thumb Butte Distillery will have some distilled spirits.

All this food drink will be accompanied by local artists JC and Laney and Terry Berrett, coming together to feature an evening of music, food and drink.

The event is nearly sold out with less than 70 tickets left. Admission is $55 per person or $100 per couple, and can be purchased online at www.sharlot.org/wine-fest or at the museum.

New this year is a pick and pull, said Ken Leja, Sharlot Hall’s marketing director. Guests will be able to purchase from a selection wines where all they know is whether it’s red or white.

“What we’re going to do is we’re going to have 60 bottles of wine in a bag, sealed,” Leja said. “It’ll be numbered for white and for the red and you can buy a bottle of wine.”