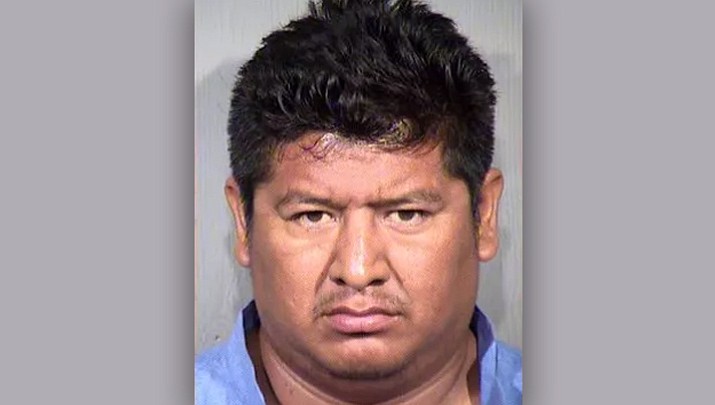 WITTMAN, Ariz. — The Maricopa County Sheriff's Office says a 35-year-old man has been arrested in the shooting deaths of three other men at a home in Wittman.

Jail records indicate Hermelindo Guzman Sanchez was booked on suspicion of three counts of murder and two of endangerment in the Thursday night killings after being located and arrested at his home.

The Sheriff's Office didn't release the names of the victims or specify a suspected motive but said a social gathering "involving alcohol" was taking place at the home where and when the victims were killed.

Wittman is 35 miles northwest of Phoenix.