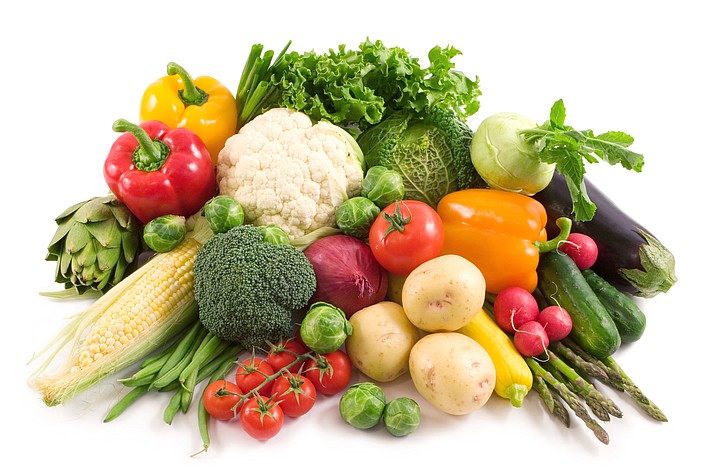 The U.S.Department of Agriculture recently released a proclamation making Aug. 5-11 National Farmers Market Week, with the goal to increase awareness of the role local farmers markets play in creating healthy communities and in building prosperity among farmers and small businesses. Here are some examples of how Prescott Farmers Market does this:

The Prescott Farmers Market was responsible for 124 market days in 2017, facilitating $704,475.50 in direct sales from farms, ranches, and artisans to thousands of eager shoppers. These markets were open in Prescott, Chino Valley, and Prescott Valley. The Prescott Farmers Market is a producer-only market, meaning that customers will find only Arizona-grown products at our market. Customers are making an investment in their neighbors and local economy by shopping at the farmers market.

Farmers markets support Arizona’s small and diversified farms, and circulate money back into our local economies. In 2016, 115,000 farmers sold directly to consumers, generating $3 billion revenue, with more than $710 million in sales at farmers markets, according to a 2016 NASS Local Food Marketing Practices Survey. The survey also noted that more than 80 percent of all direct market food sales occurred within 100 miles of the farm.

The Prescott Farmers Market has been providing SNAP/EBT card processing since 2003. In 2017, $10,291 total SNAP dollars were spent on healthy foods grown by our neighbors. This program has been strengthened by Double Up Food Books Arizona, which doubles EBT purchases at farmers markets around the state, adding $9,236 to customers’ spending power in 2017. This parallels what is happening across the country. According to the USDA’s 2017 data, there has been a 35.2 percent increase since 2012 in SNAP spending at farmers markets, resulting in $22,440,312 spent in 2017.

Prescott Farmers Market hosts monthly guest chefs at the market, quarterly community seed exchanges, and free educational activities for all ages. In honor of National Farmer Market Week, we will open a pop-up farmers market at Coyote Springs Elementary School in Prescott Valley on Wednesday Aug. 8 from 2-5 p.m. On Sunday Aug. 19, PFM will host a pop-up farmers market on Whiskey Row in downtown Prescott from 10 a.m. until 2 p.m. ahead of our annual Farm to Table Dinner fundraiser in the Holiday Courtyard.

Come to the Prescott Farmers Market to see this community gathering space for yourself. The PFM is open every Saturday at Yavapai College in Prescott from 7:30 a.m. until noon. We also operate a Thursday evening market at Olsen’s Grain in Chino Valley from 3-6 p.m. and monthly pop-up markets around Prescott Valley. More information: www.prescottfarmersmarket.org.