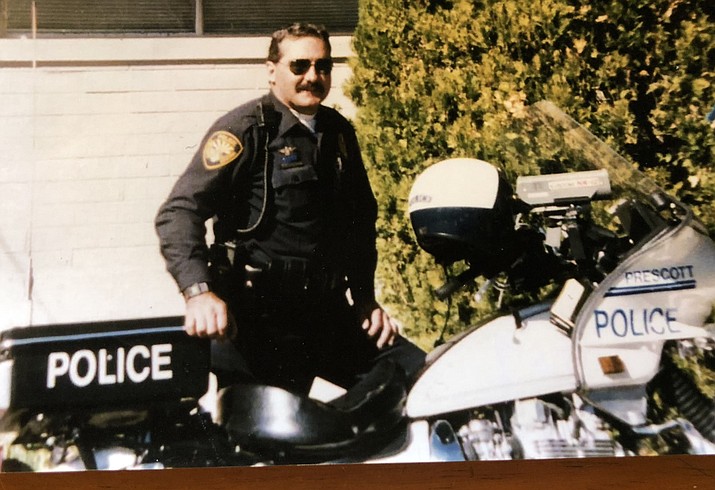 The fifth annual John Hanna Sr. Guns and Hoses Memorial Golf Tournament is scheduled to take place Sunday, Aug. 26, 2018, at Antelope Hills Golf Course in Prescott. The tournament’s roster is set to accommodate 200 players as the field will play on both the north and south course at Antelope Hills. Hanna was a 10-year veteran of the Prescott Police Department and City of Prescott councilmember. He was also a Little League coach and heavily involved in the community. The tournament will benefit the Prescott Police Explorer Program and Prescott Fire Fighter Charities. In the past four years, the tournament has raised more than $24,000 for those two organizations. The Aug. 26 tournament is scheduled for a four-person flighted scramble, with each team required to include at least once current or retired Prescott police officer or firefighter. Tournament fee is $65 and includes green fees, cart, range balls and lunch. It is an 8 a.m. shotgun start. Prizes include longest putt, longest drive, closest to the pin or a chance to win for a hole in one. Sign up at antelopehillsgolf.com. For more information, please call 928-776-7888. To donate raffle prizes or sponsor a hole, contact Sherrie Hanna at 928-533-2925.

EnduroCross Motorcycle Racing is scheduled to bring some of the top EnduroCross racers in the world to the Prescott Valley Event Center on Saturday, Aug. 25, 2018. EnduroCross racing features indoor, off-road motorcycle racing on a custom track filled with obstacles including rocks, boulders, logs, sand, mud and giant tires. Doors open at 6:30 p.m. with an autograph session scheduled at that time until 7:15 p.m. Opening ceremonies are 7:30 p.m. Tickets are $25 for adults and $15 for children ages 2 to 12. For more information, visit endurocross.com.

The Arizona Game and Fish Department listed its top five family fishing and camping spots during Arizona’s August summer earlier this week. The top spot for family outdoor fun is Big Lake, Game and Fish said in a press release. Located just east of Show Low, Big Lake is stocked with plenty of rainbow trout, along with crayfish for kids. Shore angling is still an option, but as the summer moves along, visitors may want to rent a boat because most trout will be deep. Game and Fish lists Woods Canyon Lake near Payson as the No. 2 spot for families to seek out in August. While Show Low Lake and Show Low Creek came in at No. 3. Wrapping up the top five was Fool Hollow Lake in Show Low at No. 4 and Kaibab Lake in Williams at No. 5.