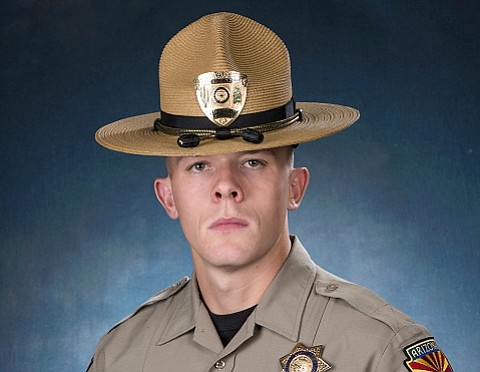 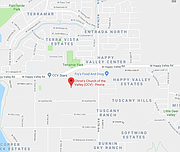 The funeral for fallen Arizona Department of Public Safety Trooper Tyler Edenhofer will be held Friday morning at Christ's Church of the Valley, 7007 W. Happy Valley Road in Peoria.

PEORIA — A Navy veteran and rookie Arizona state trooper who was fatally shot in a struggle with a suspect along a highway will be remembered today at a funeral service in Peoria.

Tyler Edenhofer was one of several officers who responded July 25 to reports of a person throwing objects at cars on Interstate 10 in Avondale near Phoenix. Authorities say a confrontation ensued when officers tried to get Isaac King off the roadway to detain him.

King, 20, is suspected of grabbing another trooper's weapon and firing two rounds. One hit Edenhofer, 24, who died at a hospital. A second trooper was shot in the shoulder and wounded, but has since left the hospital.

Department of Public Safety director Col. Frank Milstead said Edenhofer had graduated from the agency's academy in May and was engaged to be married. He was in his last week of field training when he was killed.

King, who has no criminal record and a history of mental illness, was also injured.

He was hospitalized with undisclosed injuries, but is now in a Phoenix jail. He is facing multiple charges including first-degree murder. It was not immediately known if he has an attorney.

#Traffic this morning on 67th Ave from Loop 101 to Happy Valley Rd will be closed from 9:30-10am and again 11:30am-noon (full 67th Ave closures both times) as we honor the life and service of Trooper Tyler Edenhofer. Thank you for understanding. Please plan ahead. pic.twitter.com/OYm9onh3oM