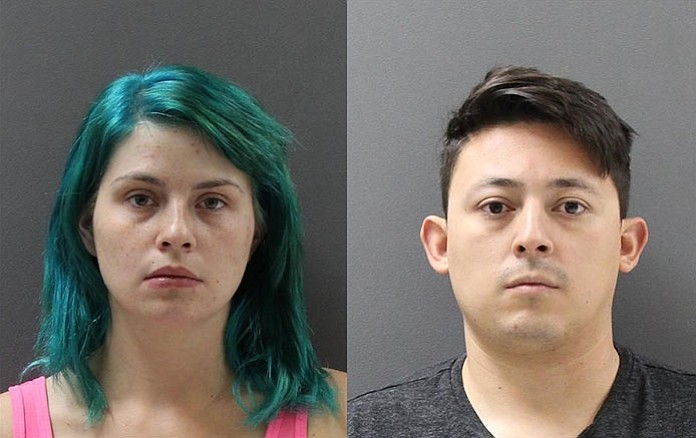 A young boy found walking alone in Prescott Valley Saturday morning, April 21, told police he was trying to find his grandmother’s house, but did not know where it was.

The Prescott Valley Police Department found the boy on West Yavapai Road after a someone called to report there was a 3- or 4-year-old wandering around by himself with a backpack on.

When the officers spoke with the mother at her residence in the 8900 block of Yavapai Road, she said she and her boyfriend had been sleeping and did not know that her boy had left the house, police said. She told police her boy had never left the home alone before.

As the officers continued their investigation, they determined that the boy's environment was not healthy for him, so they contacted the Arizona Department of Child Services, who assigned a case worker to the incident. When the officers contacted the County Attorney’s Office, they approved the arrest of the mother, Megan Roe, and her boyfriend, Robert Hanson, for child neglect (a misdemeanor) and child abuse (a felony). Both were transported and booked into the Yavapai County Prescott Jail.

If anyone is aware of potential child neglect or abuse, they are encouraged to contact the Prescott Valley Police Department at 928-772-9267.