Senate passes list of questions for abortion reasons up to Gov. Ducey’s desk 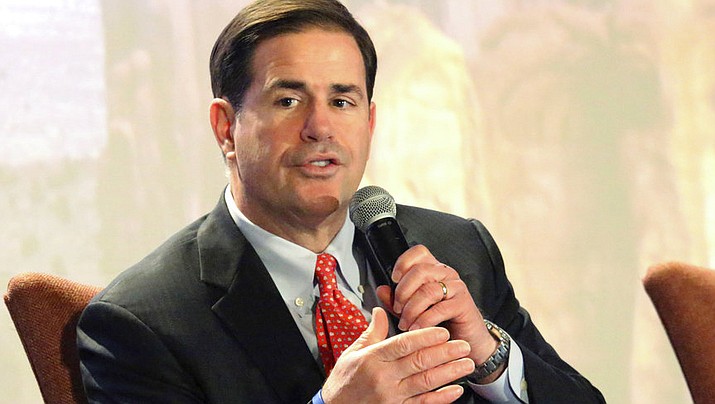 PHOENIX — It is now up to Gov. Doug Ducey to decide whether women will be asked why they want an abortion.

On a largely party-line vote the state Senate voted 17-13 on April 11 to approve a list of questions about the reasons for deciding to terminate a pregnancy.

SB 1394 does allow a woman to refuse to answer any and all of them. But Sen. Katie Hobbs, D-Phoenix, said that does not diminish what she said is the real purpose behind the measure.

“The motivation is simply to harass and intimidate and shame the women who go in to receive this constitutionally protected medical procedure as well as the doctors who provide it,’’ she said.

And Hobbs said the new requirements will lead to a legal challenge, “costing Arizona taxpayer dollars just to further one particular group’s political, ideological agenda.’’ That refers to the anti-abortion Center for Arizona Policy which crafted the bill.

But Sen. Nancy Barto, R-Phoenix, who agreed to carry the measure, said the more information that the state and researchers have about abortions and the reasons women make that choice will lead to better public policies and laws on the procedure.

Barto specifically defended asking women whether they’re being coerced to terminate a pregnancy, whether they’ve been raped and whether they are the victims of sex trafficking.

She said there is evidence that most women in that last category in particular have had at least one contact with a health care provider. Barto said the questioning, which occurs in private, could provide an opportunity for women to seek help confidentially.

“We need to reject the notion that asking a woman, allowing her, giving her an opportunity to disclose her coercion into having an abortion is somehow shaming,’’ she said.

Hobbs, however, said this is just another set of unnecessary hurdles that the state is seeking to erect.

She pointed out that Arizona already asks women things like their age, educational background, race, ethnicity and number of prior

“None of these things have any bearing on the procedure,’’ Hobbs said. “This bill is just an additional layering of unnecessary regulation of abortion.’’

Supporters of the legislation have argued repeatedly that this is not designed to impair the constitutional right of women to terminate their pregnancy, pointing out that women remain free to refuse to answer the questions. But Sen. Sylvia Allen, R-Snowflake, said she cannot separate it out from the underlying issue.

“What I want to be is a voice for the little voices, for the ones whose lives are snuffed out because of the many, many reasons women choose abortion,’’ she said.

Sen. Kate Brophy McGee of Phoenix was the lone Republican to oppose the measure while Democratic Sen. Catherine Miranda, also of Phoenix, voted for it.

Ducey has signed every abortion restriction and reporting requirement that has reached his desk since he took office in 2015.