Gun rights advocates rally at state capitols across US 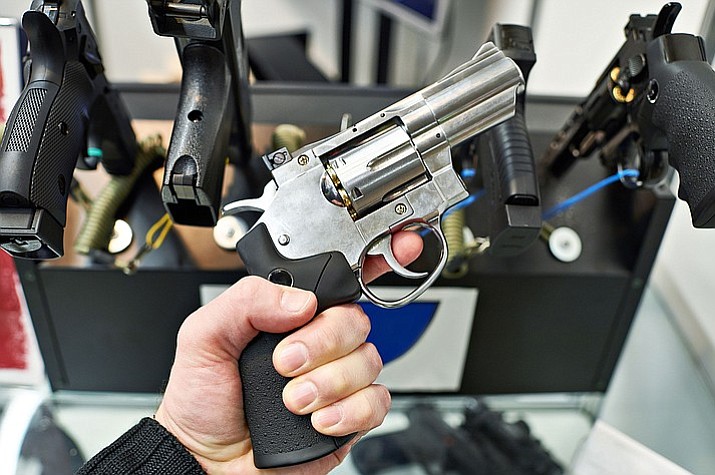 DOVER, Del. (AP) – Gun rights supporters – many carrying rifles and ammunition – gathered at state capitols across the U.S. on Saturday to push back against efforts to pass stricter gun control laws that they fear threaten their constitutional right to bear arms.

From Delaware to Wyoming, hundreds gathered at peaceful protests to listen to speakers who warned that any restrictions on gun ownership or use eventually could lead to a ban on gun ownership, which is guaranteed under the Second Amendment.

"If you have a building and you take a brick out every so often, after a while you're not going to have a building," said Westley Williams, who carried an AR-15 rifle as he joined about 100 people braving blustery weather in Cheyenne, Wyoming, for a pro-gun-rights rally in front of the state supreme court building.

Dave Gulya, one of the organizers of a rally in Augusta, Maine, said about 800 people showed up to make the point that "we are law-abiding."

Saturday's protests were planned in dozens of state capitols less than three weeks after hundreds of thousands marched in Washington, New York and elsewhere to demand tougher gun laws after the February school shooting in Parkland, Florida, that killed 17. Organizers of those protests demanded a ban on assault weapons and high-capacity magazines, and called for universal background checks on potential gun owners.

During a pro-gun-rights gathering in Atlanta on Saturday, more than a quarter of the estimated 180 rally-goers carried weapons, as well as flags and signs saying "Don't Tread On Me" as they listened to speakers talk about the right to bear arms. A few people wearing "Black Lives Matter" T-shirts showed up at the rally and made videos, but didn't interact with the rally-goers.

The coalition behind the gun rights rallies describes itself as a collection of patriotic-based groups that "come from all walks of life, including Three Percent groups and local militias."

The Three Percent movement vows to resist any government that infringes on the U.S. Constitution. Its name refers to the belief that just 3 percent of colonists rose up to fight the British.

Such groups lack the following of more mainstream Second Amendment advocates such as the National Rifle Association.

A group called the National Constitutional Coalition of Patriotic Americans spread word of the rallies on social media.