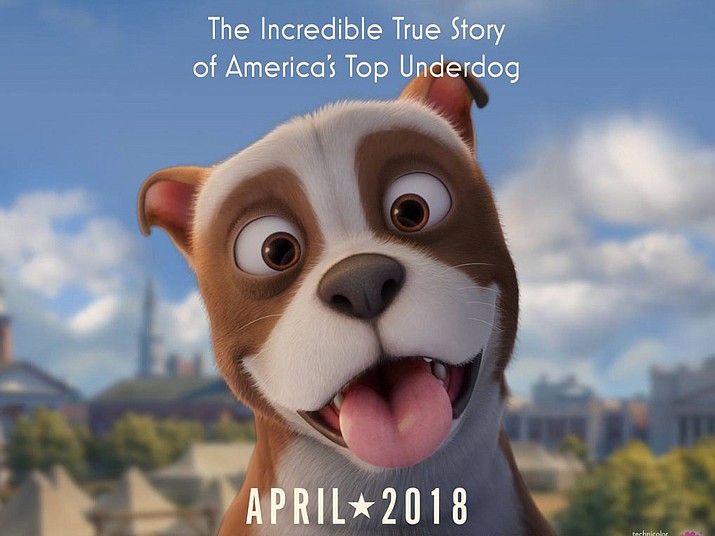 SGT. STUBBY: AN AMERICAN HERO - A stray dog is rescued off the streets by an American soldier and goes on to become a hero of World War I 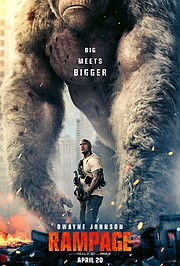 (NEW) RAMPAGE - Dwayne Johnson stars as primatologist Davis Okoye, a man who keeps people at a distance but shares an unshakable bond with George, the extraordinarily intelligent, incredibly rare albino silverback gorilla who has been in his care since he rescued the young orphan from poachers. But a rogue genetic experiment gone awry mutates this gentle ape into a raging creature of enormous size. To make matters worse, it’s soon discovered there are other similarly altered animals. As these newly created alpha predators tear across North America, destroying everything in their path, Okoye teams with discredited geneticist Kate Caldwell (Naomie Harris) to secure an antidote, fighting his way through an ever-changing battlefield, not only to halt a global catastrophe but to save the fearsome creature that was once his friend. Also stars Jeffrey Dean Morgan and Breanne Hill. Rated PG-13 – fantasy, science

(NEW) TRUTH OR DARE - Olivia, Lucas and a group of their college friends travel to Mexico for one last getaway before graduation. While there, a stranger convinces one of the students to play a seemingly harmless game of truth or dare with the others. Once the game starts, it awakens something evil – a demon which forces the friends to share dark secrets and confront their deepest fears. The rules are simple but wicked – tell the truth or die, do the dare or die, and if you stop playing, you die. Stars Lucy Hale, Tyler Posey, and Violett Beane. Rated PG-13 – thriller, horror 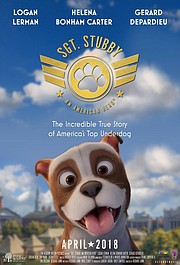 (NEW) SGT. STUBBY: AN AMERICAN HERO - A stray dog is rescued off the streets by an American soldier and goes on to become a hero of World War I. Voiced by Logan Lerman, Helena Bonham Carter, and Gerard Depardieu. Rated PG – history, adventure 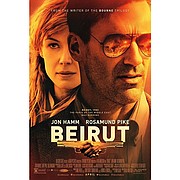 (NEW) BEIRUT - In 1980s Beirut, Mason Skiles is a former U.S. diplomat who is called back into service to save a colleague from the group that is possibly responsible for his own family's death. Meanwhile, a CIA field agent who is working undercover at the American embassy is tasked with keeping Mason alive and ensuring that the mission is a success. Stars Jon Hamm, Rosamund Pike, and Dean Norris. Rated R – drama, thriller 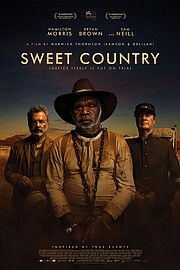 A QUIET PLACE – This movie’s summary is simple: If they hear you, they hunt you. Stars John Krasinski, Emily Blunt, and Millcent Simmonds. Rated PG-13 – drama, thriller

READY PLAYER ONE - From filmmaker Steven Spielberg comes the science fiction action adventure “Ready Player One,” based on Ernest Cline’s bestseller of the same name, which has become a worldwide phenomenon. The film is set in 2045, with the world on the brink of chaos and collapse. But the people have found salvation in the OASIS, an expansive virtual reality universe created by the brilliant and eccentric James Halliday (Mark Rylance). When Halliday dies, he leaves his immense fortune to the first person to find a digital Easter egg he has hidden somewhere in the OASIS, sparking a contest that grips the entire world. When an unlikely young hero named Wade Watts (Tye Sheridan) decides to join the contest, he is hurled into a breakneck, reality-bending treasure hunt through a fantastical universe of mystery, discovery and danger. Stars Tye Sheridan, Olivia Cooke, Ben Mendelsohn, and T.J. Miller. Rated PG-13 – thriller, fantasy

BLOCKERS - Julie, Kayla and Sam are three high school seniors who make a pact to lose their virginity on prom night. Lisa, Mitchell and Hunter are three overprotective parents who flip out when they find out about their daughters' plans. They soon join forces for a wild and chaotic quest to stop the girls from sealing the deal – no matter what the cost. Stars John Cena, Leslie Mann, and Ike Barinholtz. Rated R – comedy

I CAN ONLY IMAGINE - Based on the incredible true-life story that inspired the beloved, chart-topping song, I Can Only Imagine is a song that brings ultimate hope to so many - often in the midst of life's most challenging moments. Amazingly, the song was written in mere minutes by MercyMe lead singer Bart Millard. In reality, those lyrics took a lifetime to craft. Stars Madeline Carroll, Priscilla Shirer, and Trace Adkins. Rated PG – drama, family

CHAPPAQUIDDICK - On July 18, 1969, Sen. Ted Kennedy drives his car off of a bridge on Massachusetts' Chappaquiddick Island. The accident results in the death of passenger Mary Jo Kopechne, a 28-year-old campaign strategist who worked for Kennedy. The ongoing investigation into the mysterious and scandalous events forever alters his political legacy – and ultimately changes the course of presidential history. Stars Kate Mara, Jason Clark, and Jim Gaffigan. Rated PG-13 – thriller

THE MIRACLE SEASON - Caroline "Line" Found is the star player and captain of the volleyball team at West High School in Iowa City, Iowa. Her tragic death in an accident inspires Caroline's coach and teammates to band together to try and win the state championship. Stars Erin Moriarty, Danika Yarosh, and Helen Hunt. Rated PG – drama, sports

PACIFIC RIM UPRISING - Jake Pentecost is a once-promising Jaeger pilot whose legendary father gave his life to secure humanity's victory against the monstrous Kaiju. Jake has since abandoned his training only to become caught up in a criminal underworld. But when an even more unstoppable threat is unleashed to tear through cities and bring the world to its knees, Jake is given one last chance by his estranged sister, Mako Mori, to live up to his father's legacy. Stars John Boyega, Jing Tian, and Scott Eastwood. Rated PG-13 – fantasy, science fiction

GOD’S NOT DEAD: A LIGHT IN DARKNESS - The Rev. Dave Hill faces an unexpected setback when his beloved church burns down -- prompting the officials at the adjoining university to try and kick his congregation off campus. Battle lines are quickly drawn between the church and the community as the reverend now finds himself at odds with his longtime friend -- the president of the school. Facing a legal battle, Hill soon seeks help from his estranged brother -- a big-city lawyer and atheist -- in a fight to help rebuild the church. Stars Samantha Boscarino, Shane Harper, and John Corbett. Rated PG – drama

TOMB RAIDER - Lara Croft is the fiercely independent daughter of an eccentric adventurer who vanished years earlier. Hoping to solve the mystery of her father's disappearance, Croft embarks on a perilous journey to his last-known destination -- a fabled tomb on a mythical island that might be somewhere off the coast of Japan. The stakes couldn't be higher as Lara must rely on her sharp mind, blind faith and stubborn spirit to venture into the unknown. Stars Alicia Vikander, Daniel Wu, and Walton Goggins. Rated PG-13 – fantasy, action

THE LEISURE SEEKER – Traveling in their family Leisure Seeker vintage recreational vehicle, John and Ella Spencer take one last road trip from Boston to the Hemingway House in the Florida Keys before his Alzheimer's and her cancer can catch up with them. Stars Helen Mirren, Donald Sutherland, and Kirsty Mitchell. Rated R – drama, romance

FINDING YOUR FEET – A middle-class snob on the eve of retirement takes refuge with her bohemian sister after she discovers her husband is having an affair with her best friend. Stars Imelda Staunton, Timothy Spall, and Celia Imrie. Rated PG-13 – drama, romance