Sleep apnea is correlated with heart disease; if left untreated, can contribute to death 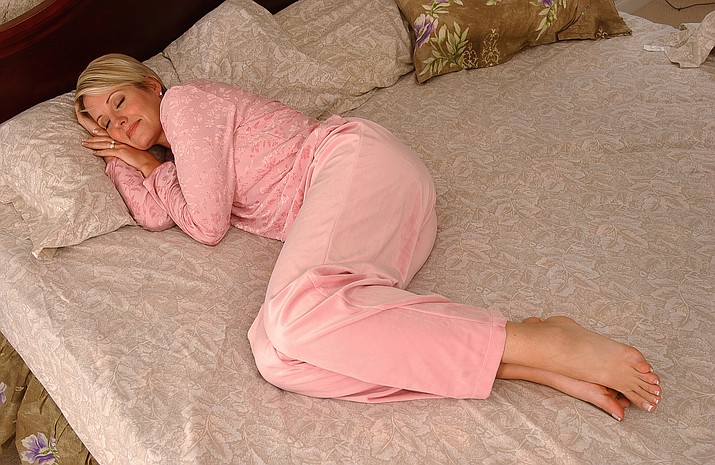 A recent study of women showed that sleep apnea can be predictive of coronary artery disease. (MetroGraphics/Courtesy)

I am 77 years old and was recently diagnosed with moderate sleep apnea. My doctor thinks I should go ahead and get it treated. My question is, at the age of 77, what difference does it make?

A: Great question. Actually, a study done in 2012 addressed just that issue. Elderly patients with sleep apnea treated vs. untreated were followed from 1998 through 2009. The incidence of death due to cardiovascular disease was over twice as likely in the untreated group. If you would like to see 87, I would urge you to get it treated.

Is it true that sleep apnea can increase the risk of heart disease, even in women?

A: Yes, a study published last year used coronary calcification score, which can be predictive of underlying coronary artery disease. They found in a group of women that moderate sleep apnea, as determined by 15 to 29 obstructions an hour, increased six-fold the odds of having a high coronary calcification score. Severe sleep apnea, with 30 or more events per hour, increased the incidence of escalated coronary calcium deposits by a factor of eight! The authors concluded women are far from immune to the cardiovascular risk of untreated sleep apnea.

My dad was recently diagnosed with central sleep apnea. His sleep doctor said that since he has a weak heart, this is not unexpected. I thought obstructive sleep apnea is much more common.

I have been using various prescription and over the counter medications for my insomnia for years. In every case, they stop working. I have heard there are non-medication ways to treat insomnia. Is that true?

A: Yes, in our facility, as well as some other sleep centers, we use cognitive behavioral methods to treat insomnia. In many recent studies they have been compared to medications. They have been found to be just as effective as medications initially.

However, most impressively, the benefits are far longer lasting. Unfortunately, most people, when stopping medications for chronic insomnia, go right back to the same old sleep problem.

This is because they have not been trained in techniques to cope with insomnia other than drugs.

Rosenberg — the author of Sleep Soundly Every Night, Feel Fantastic Every Day: A Doctor’s Guide to Solving Your Sleep Problems — has a medical practice in Prescott Valley, 928- 772-6422.