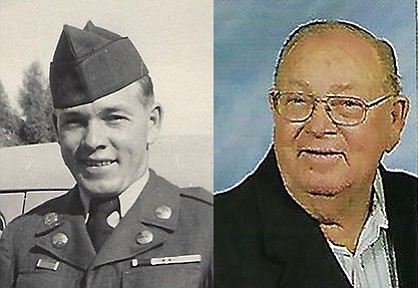 Albert Milton Rayburn 87, passed away on April 5th at John C. Lincoln Hospital 3rd St and Dunlap in Phoenix, AZ. He was born in Indianola, OK on December 6th, 1930, to Printis A Rayburn and Ida M. Rayburn. Albert proudly served his country and did two tours in the Korean War in the United States Army. He worked for the GSA of the Federal Government for 33 years. He was the president of the AFGE (American Federation of Government Employees) in the 1960’s. He retired in 1990, and began a kitchen and bathroom remodeling business contracted with Home Depot.

Most of his life was in Glendale and Phoenix, AZ., and he raised his family in the house he purchased when he came home from war. He and his wife built a home in Prescott AZ., and he lived the rest of his retirement there. He had the keys to nine homes in the Prescott Groom Creek area, and would watch over properties for his neighbors. On March 3rd, 2018, he and Evelyn, with family, celebrated their 62nd wedding anniversary. His retirement years were a blessing with their involvement with Willow Hills Baptist Church, and his Christian friends. He is survived by his wife Evelyn Rayburn, daughters Shannon S., Sandra Busbee, and Shelly Smith. Grandsons Wayne Dollman, Sean Dollman, Bryce Dollman, Jason Smith, and Harrison Smith. Great grandson Landon Smith, great granddaughters, Coraline Dollman, Quinn Dollman, Logan Dollman, Jacy and Zoie Smith. Two son-in-laws, Larry Busbee and Dan Smith. Graveside services with military honors to be held on Friday, April 13, 2018 1:00pm at the National Memorial Cemetery of Arizona, 23029 N. Cave Creek Rd., Phoenix, AZ, 85024.