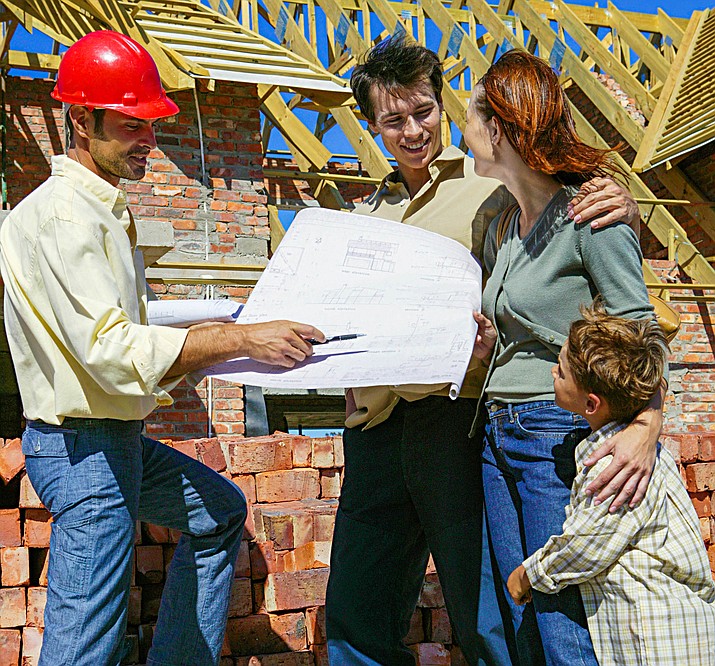 As the economy in Yavapai County recovers from the Great Recession — December 2007 – June 2009, with peak unemployment at 10 percent in October of 2009 — the single most important industry for this economy, the construction industry, has struggled and is continuing to struggle to find the workforce needed to sustain growth in demand.

This workforce issue is not just a Yavapai County dilemma; this issue that affects the entire nation.

Recently, a survey by the Associated General Contractors of America highlighted that 86 percent of contractors report struggling to fill hourly craft jobs and salaried professional positions.

Gov. Doug Ducey, in response, has said “Most of our employment opportunities now require trade skills and technical training. We need to counsel our youth about the various career options available to them … and expand our focus beyond the four-year degree and honor what that means and honor what that work is.”

Yavapai County Contractors’ Association members could not agree more with that view. After years of insistent indoctrinating that bachelor’s degrees are a must and advocating for higher education, we need to broaden our focus to include trades. As the Recession demonstrated, college no longer provides the only or the best option for career preparation.

Several local contractors agree there is a shortage of workforce for many positions. They are also finding it difficult to find people who want to work in construction.

Pat Dugan, owner of A-Action Welding, told us of his hiring woes. “We have hired 44 people. Four never actually showed for their first day of work; eight showed up their first day and either never came back from lunch or never showed up for the second day and thirteen told me, ‘I just don’t want to work a job this physical.’”

Eleven had to be released because of drug/alcohol use. Three moved on to employment in their field of education, which was great, totally acceptable. They were following their dreams and worked for the company until an opening in the career they had prepared for became available.

One employee moved out of the area, and four stayed and have become an integral part of the company, Dugan said. Four permanent employees out of the 44 he had hired is a 9.09 percent ratio.

This labor shortage is significantly impacting local businesses from growing, year to year.

One of the reasons skilled-trade jobs remain vacant is because the construction industry isn’t often mentioned as a viable career option. We don’t have a skills gap due to a lack of training. We have 10,000 construction jobs in Arizona waiting for someone willing to learn a skill and build a career.

As Tom Reilly -- owner of Renovations and a local contractor and architect, in the field for almost 40 years -- said “construction is a lucrative career without college debt.”

Reilly said “with minimal training, men and women can start a career in construction trades. A willingness to learn from the basics up becomes the path to learn and earn their way to the top.”

In Arizona, the average wage in the industry is $49,000 per year, and a skilled tradesperson with supervisory skills can earn twice that in Arizona. That average wage is higher than Arizona’s average salary across all industries, according to a 2017 statewide study by the Greater Phoenix Chamber of Commerce.

But construction jobs represent more than just a wage; they represent opportunity.

Brian Bombardieri is past-president of YCCA and now owner of B’s Contractors, a family owned company since 1979. He started out working for his father, hauling rock, general labor work.

“There are plenty of opportunities for those wanting to continue to learn,” Bombardieri said. “My dad transitioned me from hands-on work to leading an entire construction-owned company as an owner.”

To fill the vacancies in construction jobs, trades must be respected as a viable and honorable career path, and trades education needs to be reintroduced to secondary and post-secondary educational institutions.

We in the industry also must be willing to hire trainees, teach, mentor and help them become successful.

It’s time to dispel the stigma that construction jobs aren’t for “my kid.” Construction is a viable career path with a multitude of opportunities to suit all interests.

The labor shortage is going to continue to plague the industry. The shortage is already at epidemic proportions and is predicted to worsen. Local contractors are extremely concerned over the lack of skilled labor, and many struggle to staff their businesses.

These challenges began when a massive labor force left the industry for other jobs during the recession, when construction work disappeared, from 2006 – 2010. The industry lost close to half of its work force, and it has not returned.

The dwindling labor pool for construction jobs is leading to longer delays in project schedules and rising construction costs, due to labor shortages and increases in material costs. The construction industry offers terrific opportunities in well paying jobs, with a lot of construction jobs available in Yavapai County.

There is and there will be a continuing demand for construction-industry workers. One reason for these excellent employment opportunities is the number of job openings that exceed and are expected to continue to exceed the number of qualified individuals seeking to enter the occupation.

Tune in to YCCA’s Hammer Time twice each weekend, Saturday and Sunday morning at 7 on KQNA 1130AM/99.9FM/95.5FM or the web kqna.com. Listen to Sandy and Mike’ wildly fun show as they talk about the construction industry and local community partners.