Wildland fire behind PV Walmart suspicious, but cause undetermined 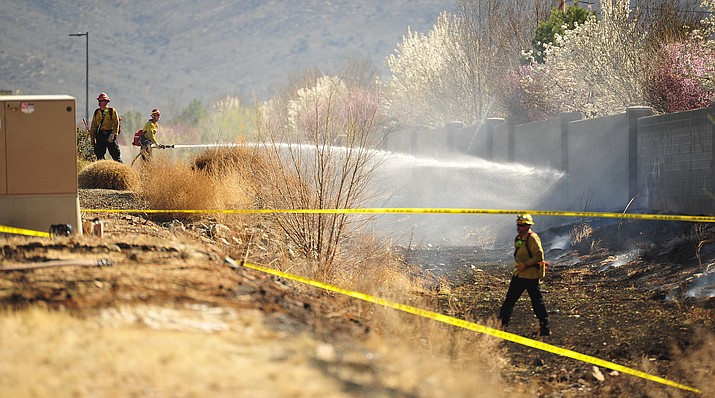 Central Arizona firefighters put out a wildland fire in the drainage behind the Walmart on Glassford Hill Road in Prescott Valley Friday, March 30, 2018. (Les Stukenberg/Courier)

Fortunately, crews were able to quickly knock down the fire that burned about one acre of grass and brush behind the store.

The cause was initially labeled as suspicious and an investigation was conducted.

“I just know that a video saw some kids playing in the area before the smoke was visible,” said CAFMA Fire Marshal Rick Chase.

However, nothing could be proven, so the cause will remain undetermined, Chase said. The response included two engines, one water tender, a battalion chief and one fire investigator.