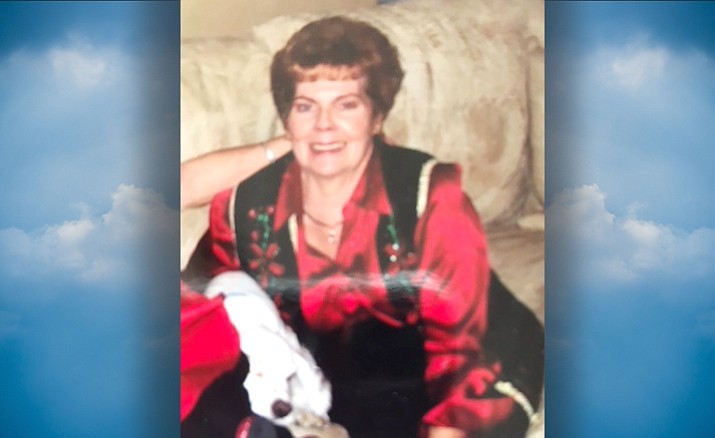 She was preceded in death in 1998 by her husband John E Powell.

She loved her family, music and her community of Prescott. She enjoyed family dinners, lunches with her daughters and always enjoyed the time she had with her grandkids. She enjoyed having them to Prescott and frequented Lynx Lake with them for picnics.

She first began to learn to play music when she was 3 years old, and she never stopped. Every aspect of her life involved her giving the gift of music. She shared it with her family, her friends and her community whenever she could.

She loved her life in Prescott and was devoted to community work. While she and John owned their funeral business, she became active in the Rotary Group and continued in many capacities for years. She especially enjoyed the Rotary reading program for kids in the summer program.

She was also an active member at American Lutheran Church throughout her years in Prescott. She was an active member of the Eastern Stars and many related groups and enjoyed playing her music for them in Prescott and in ceremonies throughout the state. She was Worthy Matron twice, once in Ohio and then in Arizona, and she was the Grand Organist for the Grand Chapter of Arizona in 1996-1997. After John passed away, she continued her activities with the local and state chapters.

After she met Craig, they continued their participation in the chapter before and after they were married, in 2011.

Visitation will be from 4 p.m. to 7 p.m. Tuesday, April 3, at Sunrise Funeral Home in Prescott Valley. The funeral service will be on at 2 p.m. Wednesday, April 4, at American Lutheran Church in Prescott.