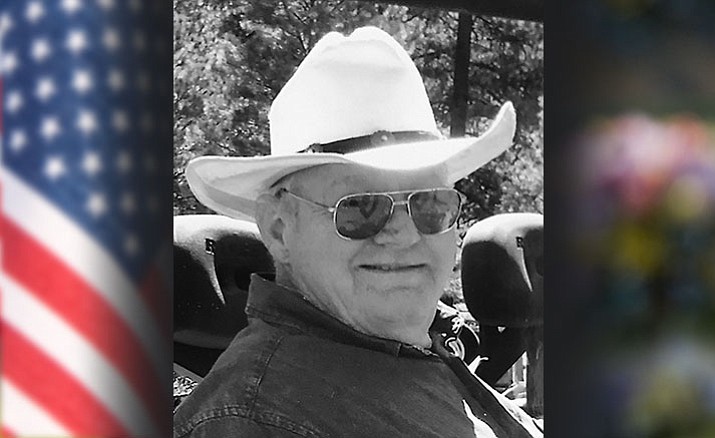 Jim H. Dunham, 74, of Prescott Valley, Arizona, passed away in the early morning hours on Sept. 18, 2017, at his home in Prescott Valley, where he was receiving loving care from his family and Good Samaritan Society Prescott Hospice.

Jim was born in Detroit, Michigan, on Sept. 27, 1942. He moved with his family to Prescott, Arizona, in 1952. He attended Prescott schools until the middle of his junior year when his family bought a ranch in Wickenburg. He graduated from Wickenburg High School in 1960 and went to work the next day at Date Creek Ranch. Jim was an Amphibious Armor Crewman in the U.S. Army enlisting in 1961 and honorably discharged as a sergeant in 1964. Jim married his first wife, Theresa Murray, while in the service and had two children, Russell and Leona. They moved back to Prescott and Jim went to work for ADOT. In 1975, Jim married Lynn Plagge Montgomery and added another son to his heart, John Montgomery.

Jim spent 18 years with ADOT and then went to Yavapai County Public Works as an engineering technician. He retired in 2005, after 18 years with the county. He designed several of the recent roadways in the county.

Jim had many interests, including woodworking, flying his plane, fishing and hunting. He was an amateur Arizona historian and folklorist. His interest in Arizona history showed in his rich songwriting that evokes the romance and hard life of working ranch hands and cowboys. Jim was a fixture in the local country and western music scene, performing with the Country Capris in

the early ’70s through 1978. In recent years his greatest pleasure was making music with the brothers of his heart, The Rusty Pistols Cowboy Band.

Jim was an integral part of the Arizona Cowboy Poets Gathering, both as a committee member and as a performer for many years. He was awarded the prestigious Gail I. Gardner Award For a Cowboy Poet in 2012.

A Celebration of Life will be held at Sundown Acres, 8250 N. Buchanan Drive, Prescott, Arizona, on Sunday, Oct. 1, 2017, at 10 a.m. Bring a lawn chair and enjoy music, poems, and happy memories. If you play an instrument, please bring it. For further details contact Duane Steinbrink at 928-925-7319. In lieu of flowers, family request that donations be made to your favorite charities. Arrangements entrusted to Sunrise Funeral Home.