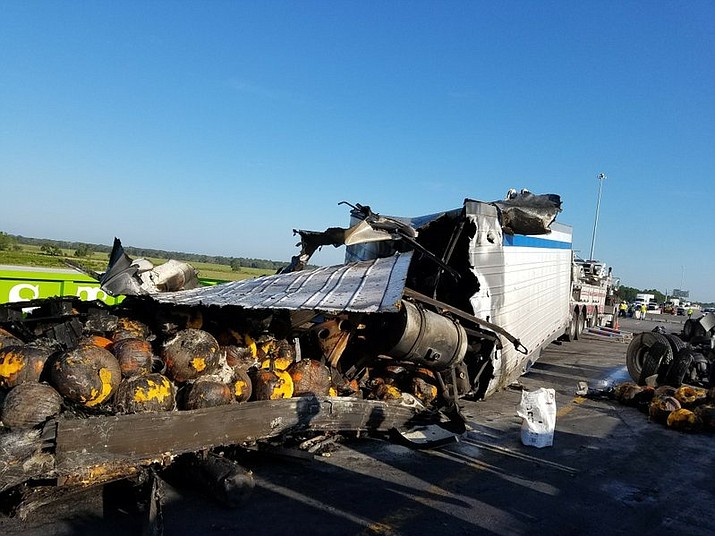 A truck carrying pumpkins hit a guard rail on I-75 near Tampa, Fla. Friday. The truck then exploded, spilling the burning pumpkins onto the highway. (Florida Highway Patrol via AP)

Florida Highway Patrol Sgt. Steve Gaskins said in a news release that a tractor-trailer hauling pumpkins struck a guard rail on southbound Interstate 75 near Tampa early Friday, sparking a fire. The truck then exploded, spilling the burning pumpkins onto the highway.

The 44-year-old woman who was driving the truck wasn’t injured in the crash.

Gaskins says traffic on the interstate’s southbound lanes was backed up for several miles. He says the roadway will have to be repaved to repair the damage.