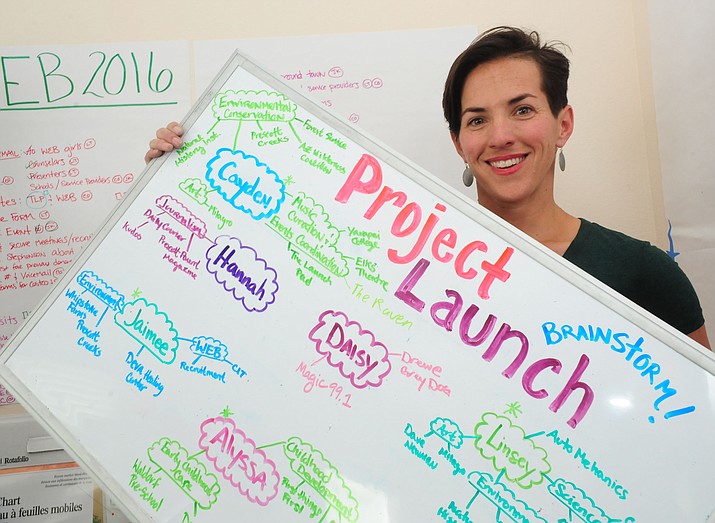 When it was announced that funding for 21st Century Community Learning Centers, an after-school program aimed at improving academic outcomes, would be cut from the federal budget, Prescott College alumna Courtney Osterfelt believed something needed to be done.

As the founder of The Launch Pad Teen Center in Prescott, Osterfelt knows firsthand what a difference after-school programming can make in improving graduation rates.

“Not only is all of the research from the Afterschool Alliance about after-school programming increasing the likelihood of graduation and healthy decision making true — as we have seen this firsthand at The Launch Pad — but I have also noticed that teens who feel connected to a community outside school and home, and teens who feel as though they fulfill a purpose in their community, are more resilient, have a positive outlook on life and know what resources to connect with when they are feeling down and discouraged,” she said. “Cutting 21st Century funding will have a negative ripple effect in our communities, and we felt it necessary to do something significant about it.”

Osterfelt took immediate action by expanding Launch Pad’s programming to include after-school tutoring. She knew additional space would be required to do this, so she approached her alma mater, Prescott College, to explore potential options.

Osterfelt and her colleagues began using the building as of Sept. 5. The new Tutoring Center is located next door to The Launch Pad Teen Center at 302 Grove Ave., on PC’s campus.

This is the latest of many initiatives Osterfelt has spearheaded to help support local teens.

Fifteen years ago, Osterfelt started the Women’s Empowerment Breakthrough, a conference to help teenage girls define and achieve their goals, as her senior project at Prescott College. The conference was a success, and eventually led to new opportunities to support local teens.

In 2013 The Launch Pad Teen Center was created following the research a Prescott College student, Laura Tully, conducted as part of an independent study course she designed to assess the viability of a teen center in the Prescott community.