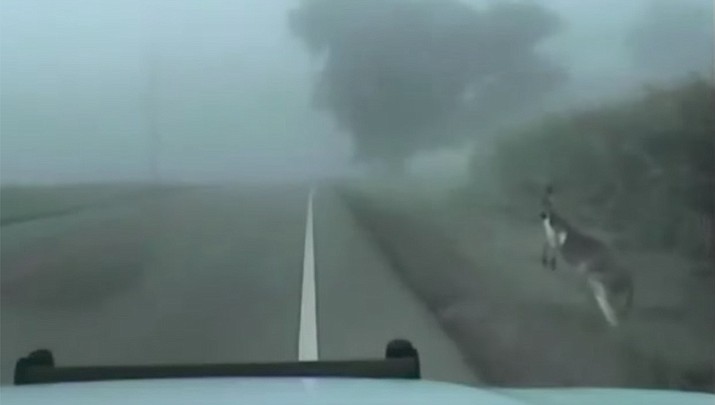 Joey, a kangaroo who kicked his way out of a pen at a southeast Wisconsin pumpkin farm and was sighted on the loose along Highway L in Somers, Wisc., Thursday, Sept. 14, 2017. Deputies were dispatched and found Joey hopping down the highway. (video image, Kenosha County Sheriff’s Department) 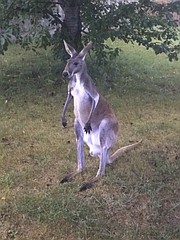 Joey the kangaroo was returned safely to the farm without injury. (Kenosha County Sheriff’s Department via AP)

KENOSHA, Wis. (AP) — It was a brief taste of freedom for Joey the kangaroo who kicked his way out of a pen at a southeast Wisconsin pumpkin farm, only to be rounded up by sheriff's deputies.

The Kenosha County Sheriff's Department received a call around 7 a.m. Thursday from someone who reported seeing an animal on Highway L in Somers, and that it looked kind of like a kangaroo.

Deputies were dispatched. And sure enough, there was Joey hopping down the highway, making his getaway. Deputies figured the kangaroo belonged to Jerry Smith's pumpkin farm just blocks away.