As stocks set highs, investors still worry about the next crash 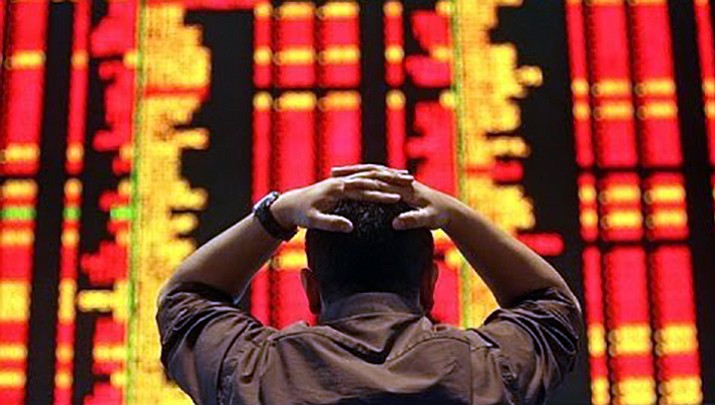 Stocks have climbed to all-time highs since the beginning of the year, but investors continue to worry about the next crash.

NEW YORK — What is the sound of a stock market at a record high and nobody buying it?

Even with stocks in the midst of one of their best-ever runs, investors are on pace to pull more money out of U.S. stock funds than they put in for the third straight year and the eighth in the last 10 years.

The memory of the financial crisis from 2007 into 2009 is still too fresh for many investors, who watched stock prices plunge by more than half. After many sat out the ensuing, torrid rise for the market — the Standard & Poor’s 500 index has more than tripled since hitting bottom — they’re now wondering if the next crash is imminent.

“It’s still one of the first things that comes up” when Brian Jacobsen, chief portfolio strategist at Wells Fargo Funds Management, talks with clients and even some friends. “The question is: ‘When is the bubble going to burst?’ I’ve been hearing that since 2012.”

Another reason for caution: America’s increasingly wrinkled complexion. Baby Boomers may be getting more conservative with their nest eggs and putting more money into bonds as they approach or move further into retirement.

Through the first seven months of this year, investors pulled a net $8 billion out of U.S. stock funds. The figures from the Investment Company Institute include index mutual funds and ETFs, whose popularity have boomed in recent years, as well as funds run by stock pickers looking to beat the S&P 500 and other indexes.

That hesitance to invest comes even as stocks have attained new highs in a mostly gentle ride upward. The S&P 500 has already set a record more than 30 times in 2017, with only a few big down days, due in part to a resurgence in corporate-profit growth. Companies themselves remain big purchasers of U.S. stocks, and foreign investors have also been buying some.

The general skittishness about stocks is an encouraging sign to some on Wall Street, particularly those who follow famed investor John Templeton’s maxim that “bull markets are born on pessimism, grow on skepticism, mature on optimism and die on euphoria.” There are indeed many reasons to worry, the market’s high price chief among them, but at least there doesn’t seem to be any euphoria. If all the potential buyers that remain get lured into the fold, then it would be time to get worried, the contrarians say.

To see what euphoria looks like, consider the dot-com boom when day traders were bragging about getting rich quickly and investors were scrambling to join them. In 1999, investors threw a net $188 billion into domestic stock funds. The next year, when the S&P 500 peaked, it was nearly $300 billion.

In the years running up to the Great Recession, fewer dollars were heading into domestic stock funds than during the dot-com bubble, but still more money was going into the market. Now, the tide has turned. Investors pulled an average of nearly $24 billion out of domestic stock funds annually from 2008 through 2016.

Instead of euphoria, strategists at Goldman Sachs say investors are currently between skepticism and optimism.

The skeptics have honed in on how stock prices have risen more quickly than corporate earnings in recent years, which means they look more expensively valued than usual. One measure popularized by Nobel prize-winner Robert Shiller says that the S&P 500 is at its most expensive level since 2001. Not only that, but interest rates are expected to rise, which theoretically should lower how much investors will pay for each $1 in corporate profits. Throw in the wild card that is Washington politics, and investors are feeling unmoored.

Even optimistic analysts are somewhat circumspect, expecting more modest gains than the roughly 14 percent that the market has delivered annually the last five years, on average. But they point to the still-improving economy, and note the typical U.S. household is finally making more in income than it did at the end of the last millennium, after adjusting for inflation. Other economies around the world are also growing in unison, which helps lift profits for the big multinational companies that dominate U.S. stock indexes.

The persistent growth of the U.S. economy is one of two reasons that the Goldman Sachs strategists gave in a recent research report for why they see a sharp downturn for stocks as unlikely in the near term. The other: “Investors are not complacent.” Fund managers are holding onto about as much cash as they usually do â€” they’d be more fully invested if they were more excited â€” and investor dollars flowing into stock-index funds are being offset by the dollars flowing out of actively managed funds.

Instead of U.S. stocks, investors have been more interested in bonds. More than $235 billion went into bond funds through the first seven months of the year.

That said, investors haven’t given up entirely on stocks. A bit more than $151 billion went into world stock funds through July this year, according to the Investment Company Institute. That movement may be due to the increased popularity of target-date retirement funds, which typically make big investments in foreign stocks to diversify their portfolios.

That’s counter to what many mom-and-pop investors did when left to their own devices. Around the world, they’ve historically been biased toward stocks from their home country.