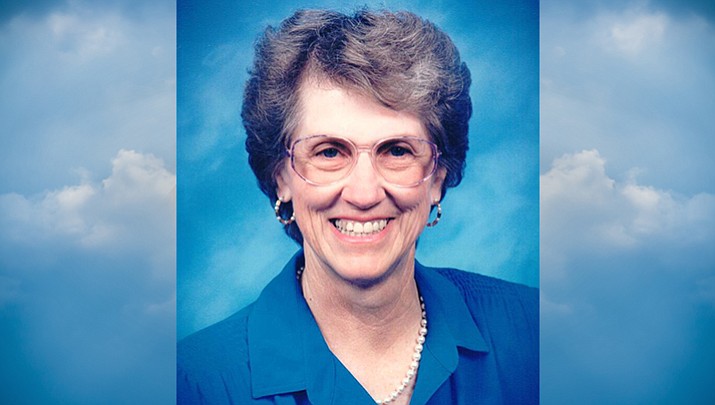 Betty was preceded in death by her parents, The Rev. Fred and May Mathis; siblings, Edna Dudek, John Mathis, Fred Mathis, and Virginia Dollar; and her first husband, Gary Weingartner.

Betty was born to Rev. John Frederick (Fred) Mathis and Perla May Vanderhoof in Scottsdale, Arizona. She graduated from Scottsdale High School in 1956. Betty married Gary Weingartner in 1958.

Throughout her marriage to Gary, the Weingartner family lived in Payson, Patagonia, Bisbee, and moved to Prescott in 1975. Betty was a Tupperware dealer/manager in the Prescott area from 1977 to her retirement in 1991.

Following the death of her first husband, Betty found love and joy again with Jack D. Crow and the two married on May 20, 1984. Betty and Jack enjoyed the outdoors together spending time at Alamo Lake and Tonto Basin/Lake Roosevelt.

A Celebration of Betty’s life will be held at Trinity Presbyterian Church on Saturday, Sept. 23, 2017, at 2 p.m.

In lieu of flowers, the family is requesting donations be made to Kindred Hospice in Betty’s name.