Days Past: Defying the draft in World War I, Part One 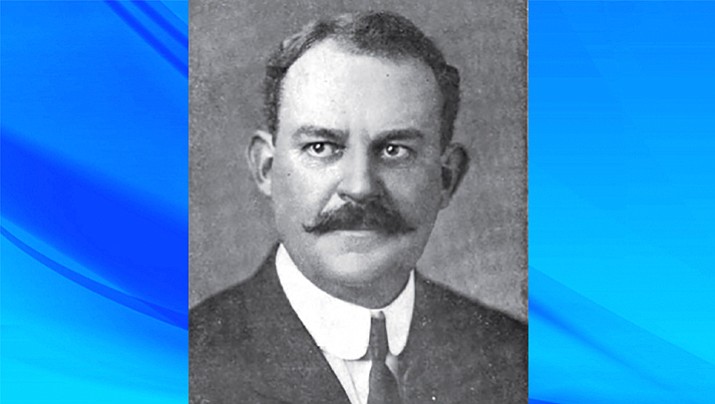 On May 18, 1917, as the United States geared up to go to war in Europe, President Wilson signed the Selective Service Act, which required young men to register for possible military service. Some men — for a variety of reasons — resisted.

Among them were the Molokans living in the area of Glendale, Arizona. They were a Christian group who had fled Russia to avoid religious persecution. The Molokans were from a sect known as “Jumpers” for their jumping and leaping during worship.

Leaving Russia in the very early 1900s they mostly settled in the West where they could follow an agricultural lifestyle. There were about 300 men living on farms in Glendale in 1917 when the draft was instituted. Many had initially settled in California, but moved to Arizona between 1915 and 1917.

Devout Christians, the Molokans in Glendale believed that they had been warned by the Holy Spirit about the coming war. The young men believed that they should not register for the draft, as this would be the first step to going in the army. The older men and women did not necessarily share this view. It was decided that there should be three days of fasting and prayer to find out God’s will on the matter.

Above, front of trunk made by one of the Molokans while in the County Jail. Below, interior of trunk. (Courtesy of the author)

Just prior to this, the church Elders in Los Angeles had met and counseled that all young Molokan men should observe the laws of the land. Nonetheless, the Elders decided to send representatives to Washington, D.C., to explain to the government the Molokan opposition to war. A representative from Arizona was at the meeting in Los Angeles. When he returned to Glendale, he found the young men in total opposition to the decision of the Elders.

The representatives from Los Angeles stopped in Arizona on their way to Washington and were there for the three-day fast, in which they also participated. During this time, they stressed to the Glendale congregation the Elders’ position that the young men should register, but they should wait for the results of the meeting in Washington.

During the time of fasting and prayer, there were several prophecies given that the young men should not register for the draft. These were confirmed by readings from Molokan literature. At the end of the three days, the entire Glendale congregation was of one accord on the decision for the young men not to register. The two delegates from Los Angeles continued on to Washington, taking one of the Glendale members with them.

On June 5, 1917, the day set by law that all men between the ages of 21 and 31 should register for the draft, the Molokan men, with some of their Elders, met at their church for a time of prayer. They then went as a group to the registration office where they again prayed. Led by some of the Elders, all of the young men went in and informed the officials that they would not register; the Holy Spirit had forbidden them to do so.

In an attempt to persuade the men that they needed to register, Dwight B. Heard, an official of Arizona’s wartime Council of Defense, was summoned. He went with the men to a nearby park where he and others spent nearly three hours without accomplishing their goal. Most of the Molokan men left without registering. It is estimated that about 20 did register before the end of the day.

Two days later Assistant United States Attorney J. H. Langston, who was heading the investigation of the Molokan draft resisters, gave an opinion that, although the law had been broken, if the men would register that day or the next, there would probably be no punishment. The hope was that once it had been fully explained to them the purpose of registering for the draft, that they would willingly comply.

A quote from the June 8, 1917, Arizona Republican revealed the truth, “The Molokans agreed that they understood the rules of selective draft registration explained by the Governor … and also the penalty for refusing to comply with them. It appears to be more of a religious fanaticism of them than a deliberate evasion of the law.”

A caravan of police cars was sent to arrest the men, but they were all working. One of the Elders told the police that if they would tell them where and when they wanted the men to appear, they would come willingly. The place was Phoenix City Hall and the time was 2 o’clock June 9. After meeting for prayer that Saturday morning, they boarded a streetcar in Glendale that took them to Phoenix.

Part two of this story will appear next Sunday.