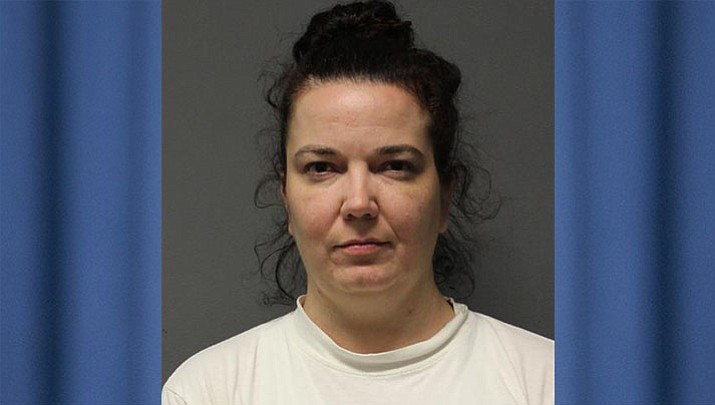 A Sedona woman has been arrested and faces charges of fraud and theft involving her caregiving services, the Yavapai County Sheriff’s Office reports.

In May 2017, personnel from Adult Protective Services (APS) contacted the YCSO to report allegations of fraud and theft by 39-year-old Krista Cline from Sedona, said Dwight D’Evelyn, the YCSO spokesman.

Between January 2016, and May 2017, while acting as a conservator/guardian in a licensed fiduciary capacity, Cline allegedly transferred more than $100,000 above and beyond her fees, services, and costs from the accounts of two victims for personal use. Only Cline had access to the victim’s accounts during that time frame, the YCSO said.

The first victim was a woman residing in a special needs care home. Cline had been appointed by the court as the woman’s conservator and guardian from Sept. 1, 2016, until she passed away in January 2017. Overall, more than $76,000 was moved from the woman’s account by Cline and these funds were above and beyond the cost of housing and fiduciary services Cline was entrusted to handle, D’Evelyn said. Even after the woman died, Cline continued to transfer money to her personal accounts. The court had declared the woman mentally and physically unable to care for herself or handle finances making her a vulnerable adult. A fiduciary is not allowed to take gifts or benefit from the client outside of the fiduciary fees and costs of care.

In the second case, Cline was appointed as conservator for a man with special needs from January 2016 until March 2017 when she was fired by the client for theft, the YCSO said. During that time, Cline allegedly transferred more than $30,000 above and beyond her fees, services, and costs from the man’s trust accounts to accounts in her name.

In one particular transaction, D’Evelyn said, bank records show that Cline had moved $16,500 from the deceased woman’s account to this man’s account in an apparent attempt to maintain access to the funds. When the man discovered the deposit, he notified his bank as he knew the money was not his. This discovery shed light on the personal accounts Cline was using to deposit stolen funds.

APS personnel requested cooperation from Cline to review documents during their investigation, but she refused.

The case detective issued subpoenas for Cline’s bank accounts and established a timeline for all the money transfers by Cline as she stole from the victims.

On Sept. 13, 2017, Cline met with the case detective and essentially denied knowledge or responsibility regarding money transfers for personal use. She also refused to provide the documents requested earlier in the investigation.

Cline was arrested and booked at the Camp Verde jail on charges including Fraudulent Schemes and Theft. She has since been released after posting a $7,500 bond.