Labor shortage plagues Quad Cities
There’s a big construction job on the horizon, but there may not be enough workers to build it 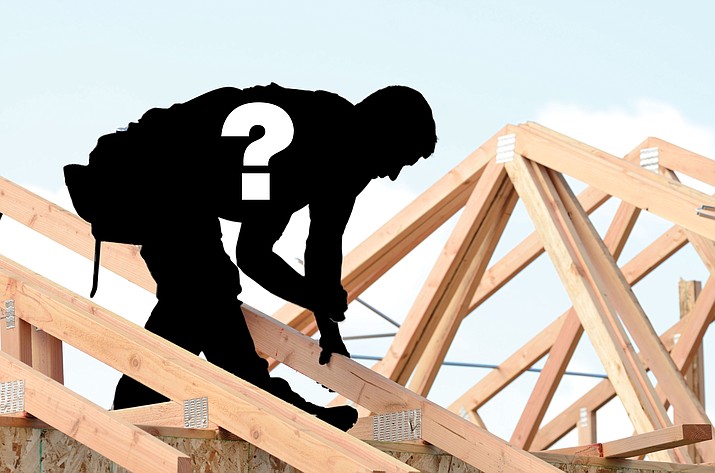 With the new Deep Well Ranch master-planned community project planned for vacant ranchland along Highway 89 between Prescott and Chino Valley comes a question.

Who’s going to build it all?

The plan involves construction of about 10,500 homes over several decades.

But right now, the labor pool is far too shallow to support that, with smaller developments being built as well.

The president of the Yavapai County Contractors Association, Sandy Griffis, said there are “absolutely not” enough skilled laborers in the Quad Cities to build a project of that size.

Custom homes can require 30 different subcontractors, she said, and each might have two to three employees working on a home.

“We have a skills gap right now, and it’s going to become more acute,” Griffis said.

A survey, released at the end of August by the Associated General Contractors of America, shows that 75 percent of Arizona contractors are having a tough time filling hourly skilled positions. And 90 percent of them said they anticipate it will remain hard to hire, or become even harder.

Tom Reilly, owner of Renovations, said, “It is very hard to find help. Wages are going up for good, skilled people.

“It’s very, very difficult, and it’s not just for us. All of our subcontractors — plumbers, electricians, framers, roofers, everybody — there’s not a single business in the construction industry that is not challenged, trying to find good help,” he said.

The owner of Barenz Construction in, John Barenz, said the projects will still be built, but the time to complete them, even now, is extended.

Barenz said the great recession is behind the lack of construction workers. When the homebuilding jobs dried, up those laborers went to different industries looking for work.

Now that they’re needed again, they just aren’t around.

Griffis said one solution is to develop educational programs to teach the necessary skills again “so (the student) could come out of a certificate program and go make some pretty darn good money — $20 or $30 an hour.”

Reilly agrees that there needs to be more training. “I think one of the things we need to do is work a little bit harder on developing young talent in the construction industry, and supporting young talent …by teaching them and mentoring them.”

Reilly blames the current push to send students on a white-collar career track for the lack of young people entering the skilled trades.

“Not everybody has to go to college,” he said, “There is absolutely nothing to be ashamed of (in doing blue-collar work). I was raised as a carpenter, and I think it’s a very meritorious profession.”