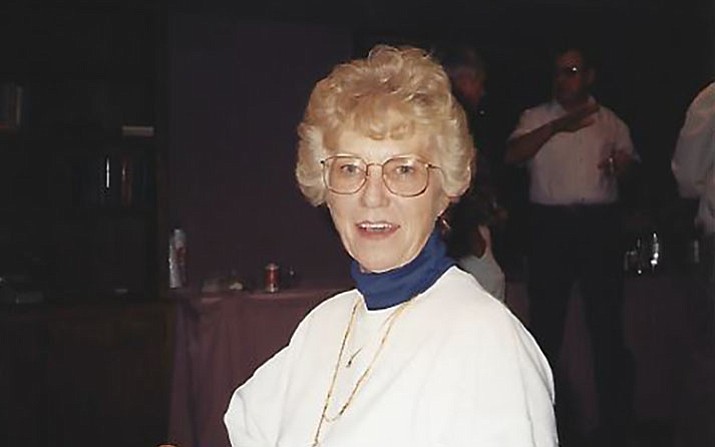 Rubye Grace Hicks, nee: Byrne, known to friends and family as Grace, passed away on June 15, 2017, at Marley House, in Prescott, Ariz. Grace was born to Terrell and Della Byrne on Dec. 25, 1936, in Sparta, Tenn. and was raised in Sparta.

Grace met her husband, Ted Hicks, a Police Officer, during 1961, in El Monte, Calif. The two were smitten with one another, then married in Las Vegas, Nev., in 1963.

Carolynn Grace Hicks was born in 1964 and Joseph Terrell Hicks in 1966. Grace adapted well to life as the wife of a Police Officer and was a dedicated wife and mother. During 1970, Grace and Ted, as well as Carolynn and Joe, began a new chapter to their lives as Ted was hired as a Special Agent with Naval Investigative Services, (NIS). One year later, Ted was transferred to Vietnam, so Grace was left alone to care for their two children. As a dedicated mother, she adapted well to life as a single parent. About 1972, Grace and the children accompanied Ted to the Philippines, lived there under somewhat trying times for four years. While in the Philippines, the four traveled throughout the southeast Asia, including a trip to Saigon, Vietnam. In 1976, they transferred to Pensacola, Fla. There, Grace cared for their two children and worked part-time as an Office Manager, in a real estate office. 1979 found the family in Oceanside, Calif., where Grace worked again as an Office Manager and cared for the family; she liked to be busy. Once again, the Navy decided that Grace and family needed an adventure, so they were sent to Hawaii, where they lived in Mililani, Hawaii, for the next four years. Grace worked for Castle and Cook, in the Mililani Town Homes model complex. As Carolynn said, “home is where the Navy sends you.”

Two years later, Carolynn returned to Cal State Long Beach and Joe transferred to George Washington University. Grace, not to be separated from her children, returned to their home in Oceanside, while Ted completed his tour in Hawaii. After college, Carolynn went to Istanbul, Turkey, to teach English and Joe, a Greek and Russian Linguist, was hired by NIS and spent 10 years of his career in Greece. 2003, after retirement, Grace and Ted moved to Chino Valley, Ariz., where Grace joined the Lioness Club and became active in their Fashion Show productions. She blossomed with the Lioness group and modeled in several productions. She and Ted traveled to Greece and Istanbul to visit their children, as well as to Mexico, SE Asia and within the United States.

Grace was preceded in death by her mother and father, her sister, Anna Ruth Hunter and her daughter, Carolynn Grace Hicks. She is survived by Ted, her husband of 54 years, and her son, Joseph, as well as nine nieces and nephews, and friends, too numerous to count. She was a stately, dignified Lady, with a keen sense of humor and a bubbly personality. She will truly be missed by all.