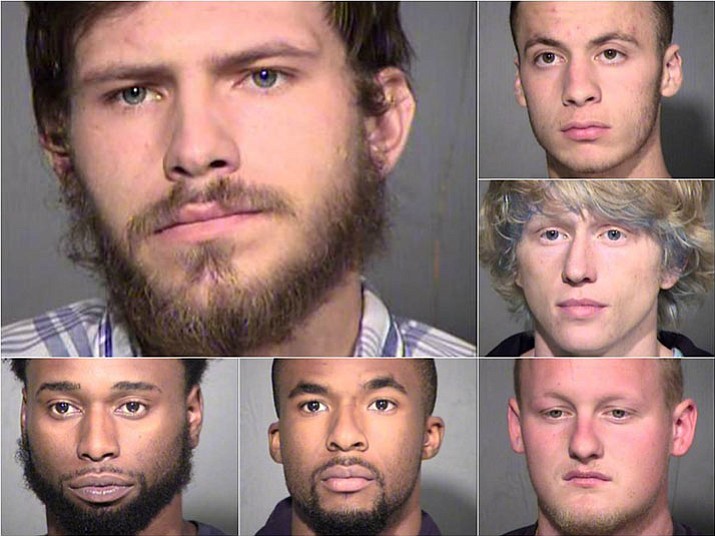 Six men from northern Arizona have been arrested on burglary and other charges after police said they drove to Phoenix and Mesa to buy drugs and steal cars, TV station KNXV-TV, channel 15, reported Thursday, Sept. 7.

Mesa police said that, on Aug. 30, the men, between 18 and 22 years old, committed two armed robberies and 12 car burglaries in two Mesa neighborhoods near University Drive and Lindsey Road, the TV station said.

Police say the suspects admitted to driving to the Valley to buy illegal drugs in Phoenix and Mesa before burglarizing cars in the Mesa neighborhood.

The men are also accused of stealing electronics, cigarettes, concert tickets, a birth certificate, car registration and a handgun.

Police said Shuker used the handgun in at least two of the robberies. All of the men allegedly admitted to their involvement in the crime, ABC15 reported.