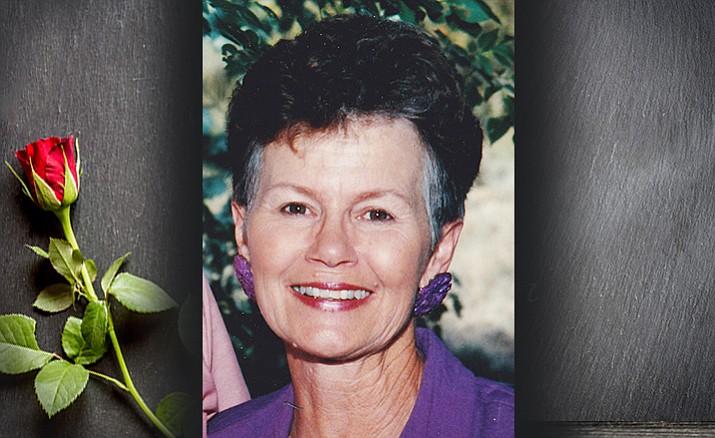 Betty Sue Bybee, passed away peacefully at home in Dewey, Arizona, on July 26, 2017, at age 81. Betty was born in Clarita, Oklahoma, to Oran and Minnie (McKendrick) Woods on Nov. 6, 1935. Her mother and second husband, Dewey O’Neal, moved from Richmond, California, to Prescott in 1946.

Betty Sue attended Prescott schools from fifth grade through 12th, graduating from Prescott High School in 1954. She attended Arizona State University for one year prior to her marriage to Phil Bybee on Nov. 25, 1955, in Prescott, Arizona. The next 18 years, included 8 years in Phoenix, 3 years in California, and 7 years in San Simon, Arizona, Betty and Phil returned to the Prescott area in 1975 and have resided in Dewey, Arizona, for the past 42 years.

Betty enjoyed being with friends and family, a loving mother with a multitude of skills, cooking, baking wedding cakes, an exceptional seamstress, and was always involved with arts and crafts projects, gardening and outdoor activities. She was a volunteer worker at the Yavapai County Fair for 12 years and also worked as a rural route mail carrier in the Humboldt/Dewey/Cherry area for several years.

Betty is survived by Phil, her husband of 6l years; her daughter, Carla Hernandez of Chandler, Arizona; her son, Michael Bybee of Dewey, Arizona; her sister, Bonnetta Foshe of Prescott Valley, Arizona; four grandchildren, Jason Hernandez and his wife Jennifer, Bryan Hernandez, Daniel Bybee and his wife Caleigh, and Jessica Bybee; five great-grandchildren, Tristan, Carly, Everett, Chandler and Miles; plus many nephews and nieces. Her parents and son, Blake Bybee, preceded her in death.

In lieu of flowers the family suggests a donation to the charity of your choice.

Information provided by the survivors.