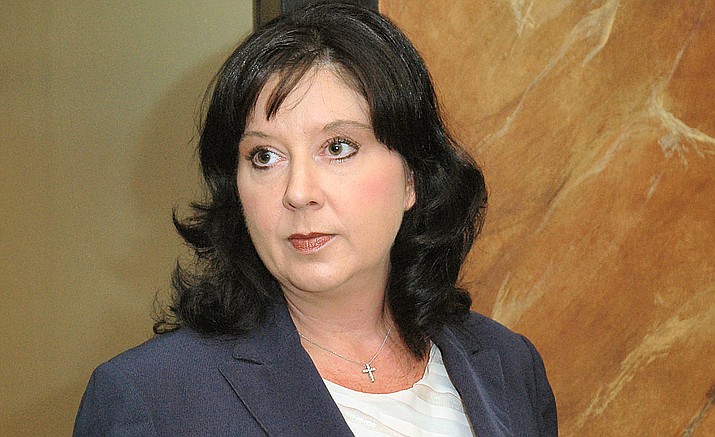 PHOENIX — The failure of Secretary of State Michele Reagan to get ballot brochures on time to the homes of 200,000 voters ahead of last year’s election broke state law, according to a new report released Wednesday.

Attorney Tom Morrissey, asked to investigate by Attorney General Mark Brnovich, said his yearlong inquiry found Reagan’s staff failed to follow various procedures designed to ensure that Arizonans knew what they were voting on in the May 2016 special election.

Potentially more significant, Morrissey said Reagan was aware of the problem more than two weeks before she notified the public that many of them would not be getting the brochures on time describing the details of Proposition 123 to put more money into public education and Proposition 124 to make changes to public pension plans.

He said if people knew that they were not getting the pamphlets in the mail before early voting started, as required by law, they could have made efforts to seek out the information for themselves. But by the time Reagan made the failure public — something she did only after attorney Tom Ryan complained to Brnovich — some people had already voted and put their ballots into the mail.

That, he said, was unacceptable.

But Morrissey said he found no evidence of any criminal violations by Reagan, state Elections Director Eric Spencer or the staff.

The attorney said only “knowing” violations of state election laws subject violators to potential jail time and fines. And Morrissey said staffers were trying to comply with the law, even though they did not succeed.

That still leaves Reagan, as the top state election official, in civil violation of the law. But Morrissey said a gap in state statutes provides no penalty.

Brnovich spokesman Ryan Anderson said attorneys within the office are reviewing the findings to see if further action is necessary. But Anderson said that, without a change in the law, there is nothing to deter election officials from repeating the error, one that Brnovich at the time called a “goat rope.”

“As we said last year, mistakes were made and we were responsible,” Reagan said in a prepared statement. “Since, we’ve made staffing changes, added additional layers of quality control and will utilize a different vendor.”

Arizona law mandates that one pamphlet goes to every household with a registered voters ahead of people getting their early ballots. It contains not only what is supposed to be an impartial explanation of every measure but also pro and con arguments.

What Morrissey found is that staffers in Reagan’s office tried a method of generating a mailing list different than what had been used by her predecessors. But the list that generated excluded voters in 13 of the state’s 15 counties who were also on another list where they automatically get early ballots.

Overall, with multiple voters at some homes, the failure to get 200,000 of the 1.9 million brochures out by the deadline -- before people could start voting early -- may have left 400,000 without the information.

By comparison, there were just slightly less than 1.1 million votes cast at the May 17 special election. And Proposition 123 was approved by a margin of just 19,416 votes.

Morrissey said county election officials began notifying Reagan’s office as early as April 22 about voters not getting the pamphlets. And by April 26, he said, “it was evidence that the failure was widespread and not limited to a single county.”

He said, though, that Spencer advised staffers to respond only to county election officials who made specific inquiries.

“For 19 days ... Secretary Reagan’s staff and Secretary Reagan chose not to widely disseminate information,” Morrissey wrote. “The staff did not inform all county election officials, or the public, that certain pamphlets had not been delivered.”

In fact, he said, Spencer specifically rejected the idea of mailing a postcard to affected voters to tell them that the pamphlets would be coming, albeit late.

“Other remedial options that would have provided wider notice to voters of the nature and scope of the problem, such as a press conference, or notice to the election officials in all 15 counties, were also not adopted,” Morrissey said. “Instead, the problem remained a mystery to anyone other than a small number of staff within the Secretary of State’s Office.”

Reagan finally acknowledged the problem on May 11, six days before the election and after about half a million votes had been cast. But even then, Morrissey said, Reagan was not being honest with voters, saying the problem was with an outside company that was preparing the mailing list.

“In blaming IBM, Secretary Reagan failed to acknowledge that her staff, not IBM, was responsible for and produced the household mailing list,” he said. Morrissey said that was the fault of Reagan’s office which “deviated from successful practices of previous secretaries of state.”

Morrissey also took a swat at Spencer who, while being interviewed for the investigation, minimized the importance of the brochures and suggested they were little more than an electronic phone book.

“That view is inconsistent with the role of the publicity pamphlet envisioned by the Arizona Legislature, the courts, and most importantly, the voters,” Morrissey wrote.

“Further, it is not true that the publicity pamphlet was available everywhere,” he said. For example, Morrissey said, many voters lack access to the Internet to get one online.

And Morrissey said if voters knew they did not get the pamphlets they were supposed to get they could go to county election offices or libraries. Morrissey said that “would have greatly reduced confusion and provided a faster remedy than the late production and mailing of pamphlets while early ballots were being returned.”

Morrisey said Reagan declined Spencer’s offer to resign in the wake of the problem and no staff members were disciplined.

In complaining to Brnovich, Ryan asked that the election be postponed. The attorney general acknowledged the violation of state law but said nothing in the statutes gives him such authority.

But Brnovich, at a press conference of his own at the time, unloaded on Reagan for hiding the problem.

“This was a complete fiasco,” he said.

“I don’t know what the right word to express it,” Brnovich continued. “But it pisses me off, as an Arizonan, as the attorney general.”

And Brnovich laid some of the blame for his inability to act on lawmakers.

“We know that we want strict compliance with election laws,” he said. “But the Legislature never provided any penalty.”