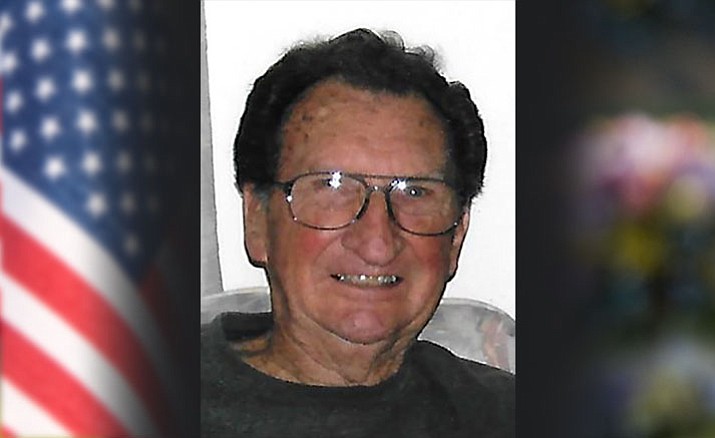 He was born to the Reverend Ardra and Olive Walker in Corpus Christi, Texas, on Jan. 28, 1924, the fifth of six children.

When Ken was 2 years old, his mother died of tuberculosis, and he was raised by his father and stepmother Emma. During Ken’s childhood, his father was the minister of First Christian Churches in Corpus Christi, Texas; Woodward and Pawhuska, Oklahoma; and Jonesboro, Arkansas. Always entrepreneurial, Ken held a paper route and worked on a milk delivery truck before he was 10 years old. These were hard times, and Ken often pedaled his bike to the “hobo camps” to share a cup of coffee and hear the hoboes’ stories of despair and frustration. This motivated him to help the under-privileged throughout his life.

Tough and adaptive, Ken survived the Depression and Dust Bowl, and in WWII served in the Army Air Corps as a B-29 Flight Engineer. Again he survived to enter post-War civilian life. He maximized his GI benefits to attain Bachelor’s and Master’s degrees and then began a four decades- long career as a distinguished educator and school administrator. It was also during this period that he met the love of his life, Iris Morgan. March 19, 2018, would have marked their 70th wedding anniversary.

Ken’s love of nature and the great outdoors served him well in his first assignment as a junior high school science teacher. His leadership and people skills were soon revealed, and he moved rapidly to school administration as a principal, assistant superintendent, and superintendent in multiple schools in Oklahoma, Kansas, and Arizona.

Ken moved his young family to Tempe, Arizona, in 1967, where he earned his Doctor of Education degree at Arizona State University. He then served as Assistant Superintendent of the Phoenix Elementary District until 1973, when he was selected Superintendent of the Prescott Unified School District , a position he held for 14 years. He then finished his professional career as an Education Director with the Arizona School Boards Association.

Ken’s accomplishments on behalf of PUSD were numerous and significant. He modernized antiquated systems, including centralizing the district food services and installing first-ever computer networks. He sold and traded real estate holdings, such as the former Prescott High School, located on Gurley and Marina where the Yavapai County Building is today. He remodeled all the schools and built Granite Mountain Middle School (GMMS). As a part of the GMMS project, Ken wrote and won a major grant to establish an outdoor and environmental education center adjacent to the school. This facility became the Community Nature Center (CNC), and ultimately, The Highlands Center for Natural History, now located near Lynx Lake. The original CNC was dedicated in Ken’s honor and remains open as a recreational facility of the City of Prescott.

Ken was an avid outdoorsman who loved hunting and fishing. During his almost 50 years in Prescott he spent many a Fall and Winter day “chasin’ birds” with his son Steve and friends. A highlight of his fishing experiences was catching a 25-pound salmon off the coast of Cortes Island at his daughter Sally’s house. He also loved sharing a cup of coffee with co-workers and friends, often twice each day at local diners and coffee shops. Until the end, he worked out at the Pendleton Center gym three times a week.

Ken is survived by his loving wife, Iris; daughter, Sally (Dale Robertson) of Victoria, British Columbia; son, Steve (Denise Bussart-Walker) of Prescott, Arizona; and grandsons, Spencer Werden of Victoria, British Columbia, Nick Walker of Denver, Colorado, Brian Walker of Denver, Colorado. He fittingly spent his last weeks on “Heroes’ Way,” the award-winning Hospice Facility at the Prescott VA Hospital. There he received tender care from an excellent and very attentive staff. At Ken’s request there will be no funeral services. Please make donations in Ken’s honor to the PUSD Foundation for Educational Excellence.