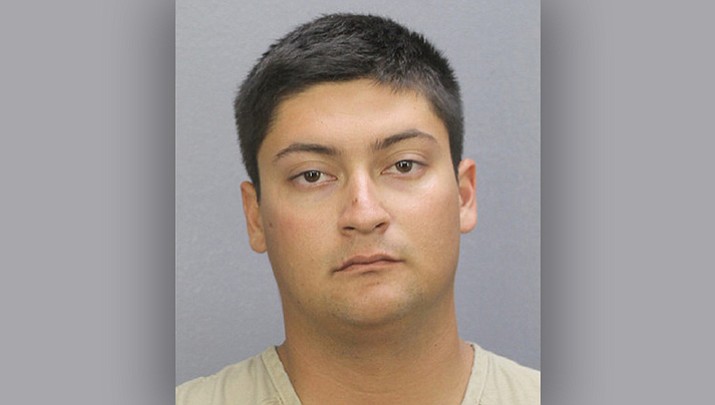 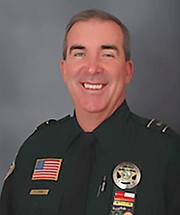 According to the arrest report, Christopher Combs' father, Lieutenant David Combs (above), was out of town but told investigators he knew his unmarked patrol car was "in possession of his son Christopher who had parked it at a friend's house." Lieutenant Combs has been with PBSO since 1989. (PBSO)

WEST PALM BEACH, Fla. (AP) — Officials say the 22-year-old son of a Florida sheriff’s lieutenant took his father’s unmarked car and used it to pull over his ex-girlfriend and her new boyfriend.

Local news outlets report that Christopher Combs — who is a cadet in the Palm Beach County Sheriff’s Office where his father also works — used flashing red and blue lights to stop the vehicle Saturday night. He ordered the boyfriend to get out of the vehicle.

Investigators later found the father’s car parked outside the home of his son’s friend.

Combs was ordered to stay away from the couple and released on bond. He faces multiple charges including impersonating a law enforcement officer. Documents don’t list an attorney.

Mugger attacks senior who was a kickboxing champ, loses TKO
Florida police respond after parrot cries, “Let me out!”
A traffic stop, and a proposal: She said yes in Miami Beach
Florida man’s own dashboard camera lands him in jail
Meth smoking Florida man attacks mattress in jealous rage