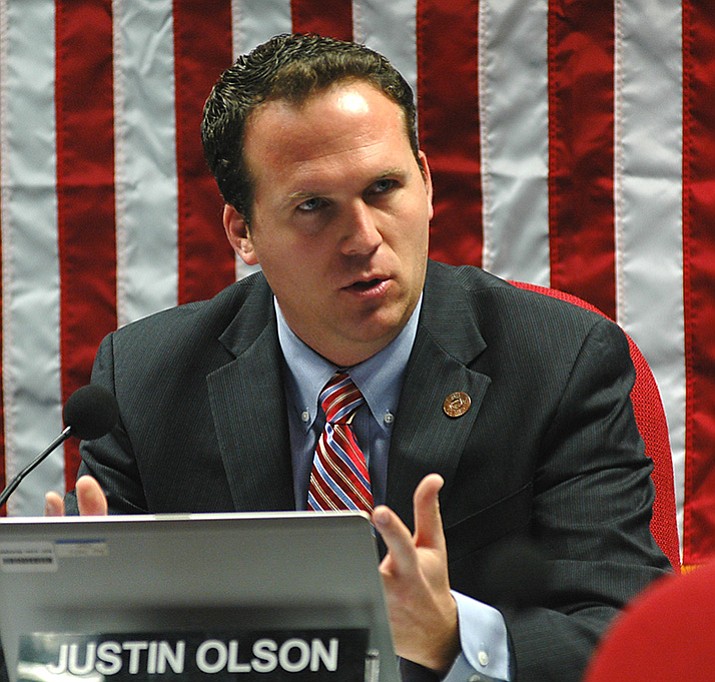 In a brief order Tuesday the justices rejected a bid by Bob Burns, one of the members of the Arizona Corporation Commission, to overturn the decision by his other four colleagues in favor of the increase for Arizona Public Service. Burns argued that the process followed by his colleagues did not comply with statutory and constitutional requirements for a full airing of all relevant issues before they voted.

But Tuesday’s order does not end the fight.

Burns still has another case pending in Maricopa County Superior Court. There he is asking Judge Daniel Kiley to rule that he was entitled to subpoena APS executives and their records as part of the inquiry to determine if the company was really entitled to collect an additional $7 million a month from customers. A hearing on that case is set for later this week.

If Kiley rules that Burns’ rights were violated, that could pave the way for a ruling requiring that the entire rate case be reheard from scratch, this time with the testimony and documents that Burns wants. And depending on what that turns up, it also could open the door for Burns to seek to disqualify one or more of his colleagues from voting on the case because of financial support they received from APS for their election campaigns.

The court ruling comes as Gov. Doug Ducey appointed former state Rep. Justin Olson, R-Mesa, to the commission. He replaces Doug Little, also a Republican, who quit to take a post in the Trump administration with the U.S. Department of Energy.

Olson left the Legislature at the end of 2016 to make an unsuccessful bid for Congress. Now a senior tax analyst for the Apollo Education Group in Phoenix, he will serve out the 15 months remaining on Little’s term; at that point he would have to decide if he wants a full four-year term of his own.

Ducey, in a prepared statement, said Olson has “a reputation as a strong proponent for taxpayers and an incredibly hard worker.”

Tuesday’s Supreme Court order does not explain the decision to spurn Burns’ request.

But the ruling comes after Mary O’Grady, the company’s attorney, told the justices there was no reason for them to jump into the legal fray now, what with the parallel case before Kiley. She argued that Burns’ petition to the high court to void the rate hike was “an attempt to gain leverage” in that other case “by putting the new rates at risk.”

“The court should reject that ploy,” O’Grady wrote.

There was no immediate response from Burns.

He had previously conceded to Capitol Media Services there was no legal precedent for the extraordinary relief he was seeking in having the justices void a rate increase which had been approved by the commission. But Burns insisted that the current political situation -- including the open hostility between him and the other four commissioners -- forced him to try to seek Supreme Court intervention.

At issue is the 4-1 vote by the commission which resulted in an immediate increase of $7 a month to the average APS residential customer.

That vote came after a deal was hammered out among the utility, the commission’s own staff, the Residential Utility Consumer Office and most of the groups and individuals who had interceded in the case. Also on board were companies that sell or lease solar panels to homeowners and businesses to generate their own electricity as the final package blunted the fiscal impact on their customers.

Burns has been arguing that there is reason to believe that the company does not need the money.

Among the issues he wants explored is how much of $3.2 million donated anonymously to help elect Republicans Little and Tom Forese to the panel in 2014 came from APS or parent Pinnacle West Capital Corp. A spokesman for APS will neither confirm nor deny the company’s role in that campaign.

Burns sought to question company executives about the cash.

Little has since resigned. And on Tuesday, Gov. Doug Ducey appointed former state Rep. Justin Olson to fill out the balance of his term which runs through 2018. Olson left the legislature in 2016 in an unsuccessful bid for Congress.

APS was more upfront about the $4.2 million it spent last year to ensure the five member commission remained an all-Republican affair.

Burns said all that raises the question of whether the other commissioners were beholden to APS.

Bill Richards, his attorney, was more pointed in his arguments.

He said the decision by the other four commissioners to deny Burns’ subpoena requests and vote on the issue means they let APS increase its rates before there was a chance to ascertain how much money the company spent to get a commission of its choosing.