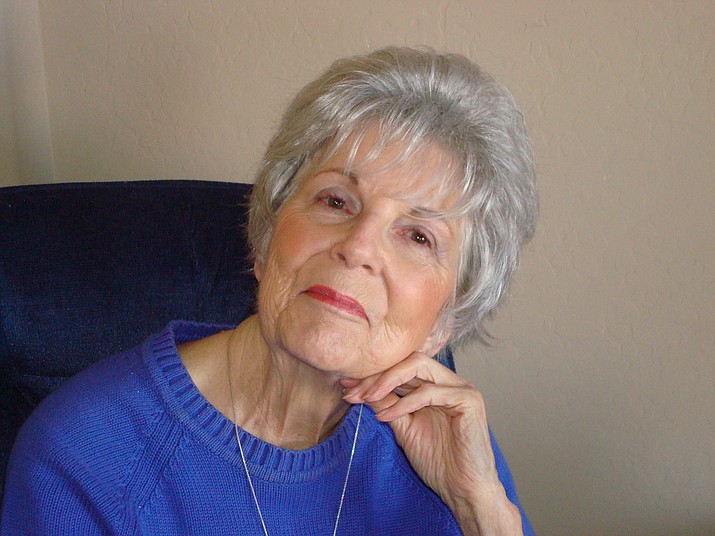 Joan Adamak, 87, passed away peacefully at her home Oct. 12, 2017, in Prescott Valley, Arizona. Joan was born on March 16, 1930, in Kansas City, Missouri to George and Marguerite Robison. The family moved to Ione, Washington, when Joan was 6, along with her sister Marilyn Robison (Bircher).

Joan and Marilyn lost their mother early and Joan tended to take over the family logistics as George worked at various jobs locally. Joan spent her teenage days as teenagers do, which included many adventures that only she and Marilyn would know. She went to Ione High School and was a lifeguard at the local swimming pool. She was married and divorced to Roy Madsen (92 years old), and outlived her two other husbands Clifford Bockman (aged 61) and John Adamak (aged 74).

Joan was trained and worked at the Ione Bank where she learned bookkeeping. She was also a legal secretary for over 30 years at various places but her initial training and learning experience took place in Ione, Washington. Upon leaving Ione, she moved from place to place in the North Seattle area including Anacortes, Washington; Edmonds, Washington; Lynnwood, Washington; Grants Pass, Oregon; Salem, Oregon, and finally to Prescott Valley, Arizona, to be closer to her daughter Vikki Madsen.

Joan made her own clothes, loved to dance, was involved in metaphysics in a significant way and participated in several volunteer services wherever she lived. She was a Court Appointed Special Advocate for local Prescott Valley children, a Prescott Valley Library Trustee and volunteer. Joan was a fastidious reader, reviewed many books by new authors, and was an author herself of five electronic books.