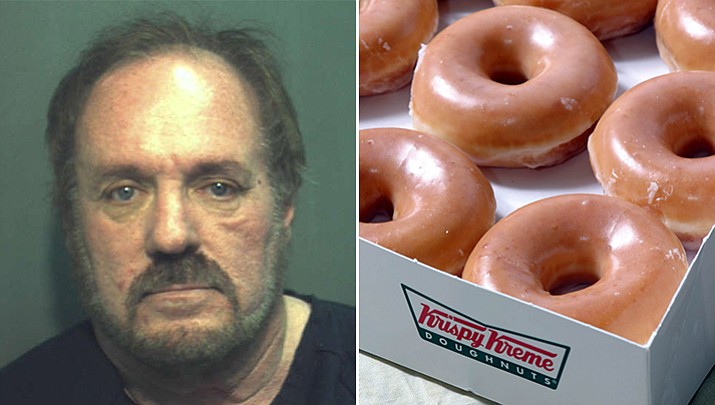 The City of Orlando, Florida paid Daniel Rushing $37,500 to settle a lawsuit after police officers arrested him for what they originally thought was meth, but was actually tiny flakes of glaze from a Krispy Kreme doughnut he had purchased. (Orlando Police Department booking photo)

ORLANDO, Fla. (AP) — A man arrested in Florida after police mistook doughnut glaze in his car for meth has received a $37,500 settlement.

Daniel Rushing told the Orlando Sentinel that he received a check last week from the city of Orlando.

Rushing was arrested in December 2015 when Cpl. Shelby Riggs-Hopkins spotted flakes of glaze on his car’s floorboard and thought they were pieces of crystal methamphetamine. Rushing told officers it was likely sugar from Krispy Kreme doughnuts he’d eaten, but roadside drug tests were positive for the illegal substance.

Orlando police ended up training more than 730 officers how to properly use the field-test kits.

Riggs-Hopkins was given a written reprimand for making an improper arrest.

“I couldn’t believe it,” Rushing told the Orlando Sentinel. “I’ve never even smoked a cigarette before, let alone meth.”

Rushing, who is retired, said he still goes to Krispy Kreme to get a glazed doughnut every other Wednesday.