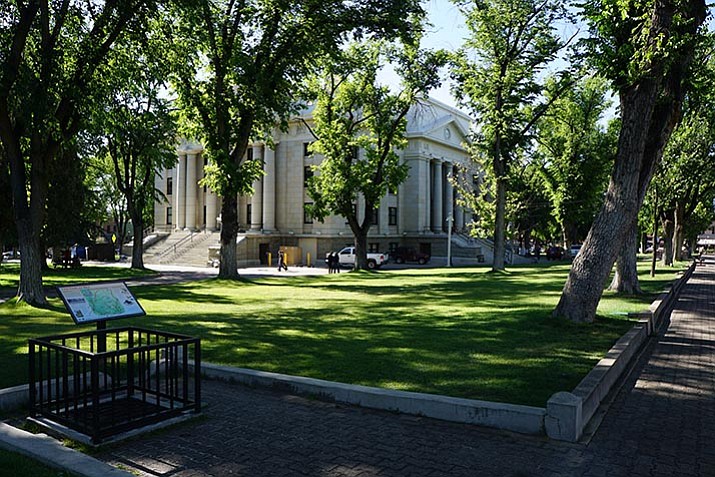 The proposed site for the Hotshot Memorial is along Cortez Street near the southeast corner of the courthouse plaza. (Cindy Barks/Courier)

In a news release this week, the partnership noted that its members are reviewing the proposals that were submitted by 29 artists this past June.

“The Memorial Partnership has reviewed all proposals submitted and has begun the process of communicating with and interviewing artists for clarification and/or further review of submissions,” the news release stated.